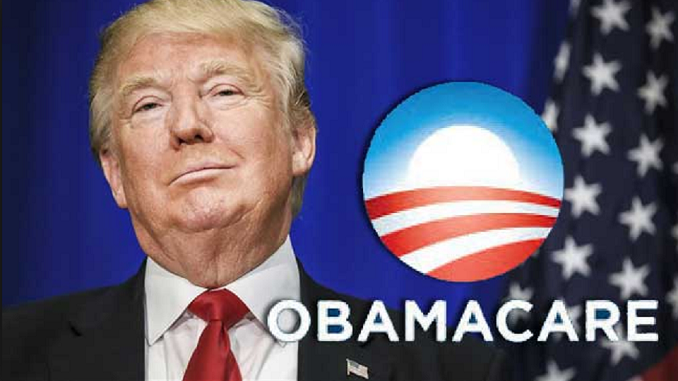 In his latest attempt to snatch health insurance away from tens of millions of Americans, President Donald Trump is forcing the Department of Justice to support a lawsuit filed by  conservative states that are suing to strike down the Affordable Care Act — also known as Obamacare — completely.

But while many GOP-controlled states are trying to kill Obamacare, the Republican attorney general of Ohio, Dave Yost, has just filed a friend-of-the-court brief arguing that protections for pre-existing conditions, insurance caps, and other parts of the law are essential to the well-being of millions of those who live in the Buckeye State. In an interview, Yost remarked:

“The Trump administration wants the same thing – they want efficient, inexpensive health care for everybody and to protect pre-existing conditions. We just disagree with their lawyers on the legal issues.”

“Yost said the court should have considered the text of the law and not the intent of 535 members of Congress. But, Yost added, Congress has clearly already decided the individual mandate can be separated from the rest of Obamacare.

The lawsuit filed by some 20 states which is being supported by the Trump administration is considered to be ridiculous, even by conservative legal experts. Most of the law’s provisions have nothing to do with the individual mandate, and the vast majority of Congressional Republicans — along with Trump — have repeatedly claimed they want pre-existing conditions to be covered in any replacement legislation — but neither the administration or his allies in Congress have yet offered a viable alternative to the Affordable Care Act, saying only that the law needs to be eliminated.

In addition to Yost’s brief, over a dozen Democratic state attorneys general are also actively defending the ACA and saying that eliminating the law would be a momentous mistake.