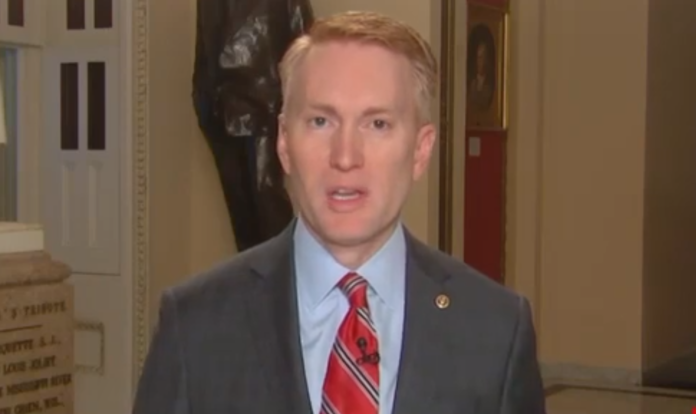 A Republican senator from Oklahoma who has been an ardent supporter of President Donald Trump since he was elected admitted Wednesday morning on MSNBC that Trump’s disastrous trade war with China is doing grave economic danger to his state.

Senator James Lankford (R-OK) said on “Morning Joe” that the president’s tariffs on Chinese goods and the retaliatory tariffs from China are having a “destabilizing” effect on the agricultural and manufacturing sectors of his state’s economy:

“Right now what we’re experiencing is retaliatory tariffs on agricultural products. It is harder to get ag products in. We see the tariffs that have been imposed — called the 301 tariffs. You’ll hear those kicked around all the time. These 301 tariffs are directly hurting some Oklahoma companies.”

Lankford then gave specifics to highlight what the Trump trade war has done to one company in Oklahoma:

“We’ve got a company in Oklahoma, for instance, that produces L.E.D. lighting products. They do the design, the engineering, the sales, intellectual property patents. All those things are in Oklahoma. But they do manufacturing in China. And then they’re delivered to Home Depot, and Lowes, and Walmart, and all those places. You’ve seen a lot of their products.

“That company has paid millions in tariffs the last year and they’re scheduled to pay millions more. It is not a Chinese company paying that; it’s an American company. And ultimately that will cause a rise in prices for a lot of these products for the consumers. So it directly hurts American companies.”

Yes, tariffs are basically an additional tax on both consumers and companies, despite Trump’s bogus assertion that China will pay the tariffs and that the levies will be good for the U.S. A trade war benefits no one.

And then there’s the impact on agriculture, which is a major source of income for Oklahoma, Lankford continued:

“It becomes cotton, or then it becomes beef, or then it becomes corn [that China stops buying]. It kinda alternates around. But it does have a definite destabilizing effect, because as you know, farmers can’t just switch crops on a dime. They’ve got to actually plan in advance what they’re going to do.

“When the Chinese move around, what their different retaliatory tariffs will be, it has a real effect.”

Oklahoma voted overwhelmingly for Trump in 2016, 65 to 28 percent over Hillary Clinton. And they got what they voted for: A man who has gone bankrupt multiple times and lost more than a billion dollars over a ten-year period between 1985 and 1994. If the people who are suffering in that state want to know who’s to blame, all they have to do is take a look in the mirror.