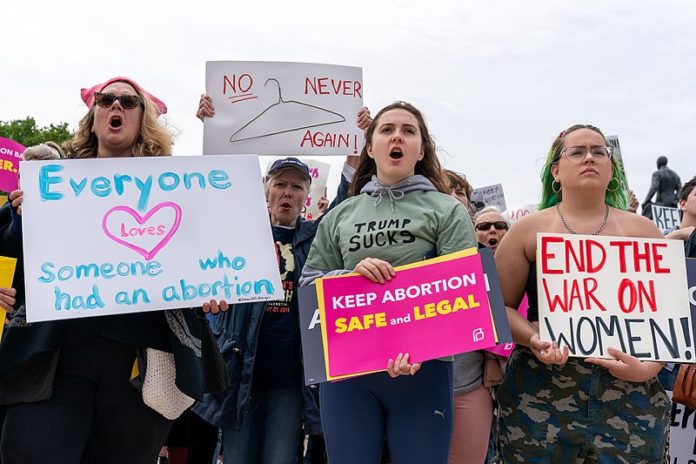 A common and safe abortion procedure favored by doctors during the second trimester of pregnancy is still banned in Oklahoma after a judge upheld the 2015 anti-abortion law that outlawed it in the state even though courts in every other state has struck down similar measures.

The Center for Reproductive Rights challenged the ban in court and expected a victory because the law literally violates Roe v. Wade by denying women a safe abortion prior to the third trimester.

What makes it even worse in this case is that the judge, Cindy Truong, is a woman.

The procedure, known as dilation and evacuation, is a simple one that poses little risk to the patient. It’s not only used for abortions, it’s used after miscarriages as well to prevent infection, which means Truong is doing harm to women who have miscarriages as well.

And her decision stands in stark contrast to other judges around the country who have struck down similar laws, including in other red states such as Kansas in 2016.

The Center for Reproductive Rights condemned the decision in Oklahoma and vowed to keep fighting the law.

“We cannot overstate the harm this decision will have on women in Oklahoma,” said Julie Rikelman, Litigation Director at the Center for Reproductive Rights. “Politicians should never take medical options off the table for pregnant patients. This law bans care that women need and doctors recommend and is part of a national strategy by anti-abortion politicians to push abortion care out of reach by passing hundreds of laws that limit access. We will keep fighting this unconstitutional ban to make sure Oklahomans have access to the best medical treatment.”

It should also be pointed out that the American Congress of Obstetricians and Gynecologists opposes such bans because they “represent legislative interference at its worst: doctors will be forced, by ill-advised, unscientifically motivated policy, to provide lesser care to patients. This is unacceptable.”

There’s a special place in hell for a female judge who chooses not to support women’s healthcare. No one should ever get in the way of a woman who is seeking care from their physician. Doing so only results in a worse outcome and forces doctors to violate their sworn oath to do what is best for their patients. Truong should be ashamed of herself.