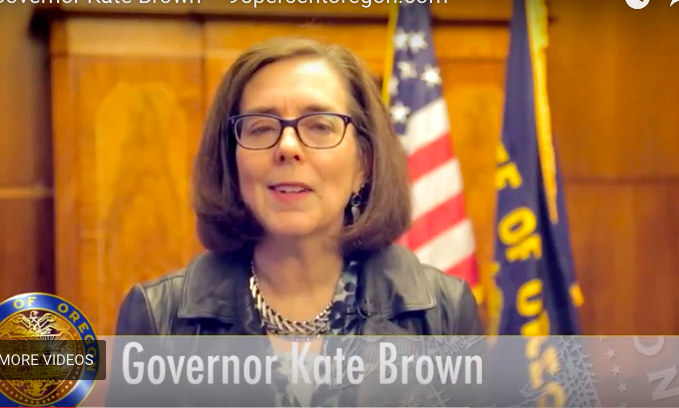 Feeling unstrained and free of adult supervision, President Trump vamped up his anti-immigration position with a new border control proposal: deploying the National Guard to the southern border to deter migration from Mexico and Central America.

Luckily, he’s facing a lot of opposition from Governors, especially from the governor of Oregon.

Gov. Kate Brown (D-Ore.) quickly shot down Homeland Security Secretary Kirstjen Nielsen announcement of the president’s decision on Wednesday that she opposes the plan and will not send her state’s National Guard to the U.S.- Mexico border.

Brown aptly called the plan a “distraction” from the president’s legal woes.

If Donald Trump asks me to deploy Oregon Guard troops to the Mexico border, I’ll say no. As Commander of Oregon’s Guard, I’m deeply troubled by Trump’s plan to militarize our border.

Brown cited a lack of outreach on the part of the White House.

There’s been no outreach by the President or federal officials, and I have no intention of allowing Oregon’s guard troops to be used to distract from his troubles in Washington.

The National Guard is primarily made of up of Americans who usually have civilian jobs and only respond to calls after natural disasters and other emergencies. Sadly, many of them were abused and misused in the War in Iraq. But the military doesn’t have a legal mandate to deal with immigration issues either.

Brown is just one of many opponents who’s expressed major concerns about militarizing our border by placing the National Guard with no specific timetable. The act would be overly aggressive and a suck away precious resources, according to military officials.

But Democrats representing border states say that the President is not really doing what he says.

Proclamation by @realDonaldTrump doesn't actually send National Guard troops to the border. Because @POTUS is using Title 32 authority–instead of federalizing the Guard under Title 10–this is a REQUEST for state Governors to send troops.

Regardless of its validity, this is yet another reminder of how dangerous this president is.