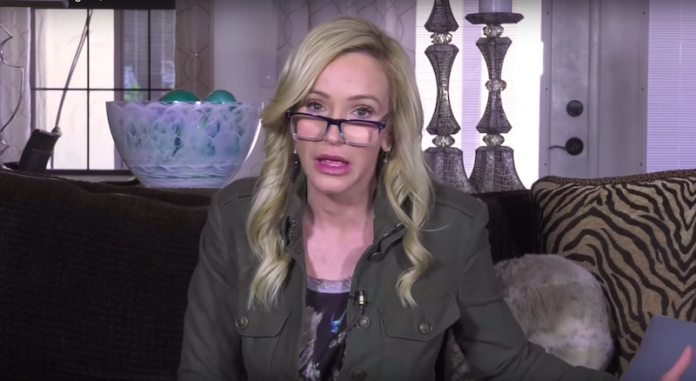 Based on the “prosperity gospel,” or the idea that giving more money to God results in blessings in your life, Donald Trump’s spiritual advisor Paula White has urged believers to send her their salaries. White is not alone, as the White House has recently leaned into its faux-evangelicalism. The 52-year-old non-denominational pastor serves as chair of the evangelical advisory board in the Trump administration.

In a new video posted to her website, the pastor suggests that people send her their January earnings — or run afoul of the Lord:

“Right now I want you to click on that button, and I want you to honor God with his first fruits offering,” says White. “If God doesn’t divinely step in and intervene, I don’t know what you’re going to face—he does.”

The comments struck many as crass and predatory, not least because the government just completed a 35-day shutdown, putting in jeopardy the salaries of nearly 800,000 federal workers. A large percentage of those workers could be practicing Christians who don’t like being bullied into giving their salaries to White and her ilk. Worse, they could go into debt, convinced of their need to appease God.

Spiritual blackmail. Fraud. Extortion. Paula White and other prosperity gospel preachers are parasites. They should be shunned from society. Instead, they're invited to the White House; and all because their shakedowns mention Jesus.https://t.co/YBnkRgA9XP

It is worth noting that one person who would be conceivably upset by White’s comments would be, well, Jesus. Of the many subjects, the Savior that White ostensibly serves spoke about, particularly near and dear to his heart was the subjugation of the poor in the name of God by the ruling, religious elite.

One of the most dramatic of these episodes was when Jesus removed everyone from the temple in Jerusalem … with a whip.

“And He found in the temple those who sold oxen and sheep and doves, and the money changers doing business. When He had made a whip of cords, He drove them all out of the temple, with the sheep and the oxen, and poured out the changers’ money and overturned the tables. And He said to those who sold doves, “Take these things away! Do not make My Father’s house a house of merchandise!” — John 2:13 — 16

“Do not make my Father’s house a house of merchandise” does not seem like a lesson that Paula White has learned yet.