The United States Blues
Home News Reminder: In 2013, Trump Said Obama Should ‘Get Fired’ For A Shutdown... 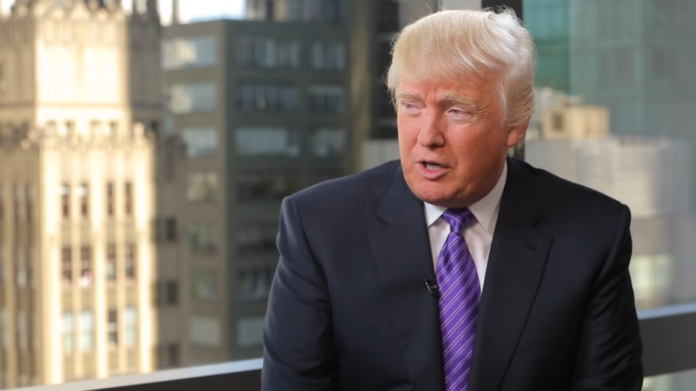 Now that the federal government is officially shut down until at least December 27, President Donald Trump is trying desperately to blame the whole mess on Congressional Democrats, but his own words from five years ago have come back in true karmic fashion to bite him squarely on the rump.

Let’s travel back to 2013, when the government had been shuttered and Trump weighed in on the matter via phone during an episode of “Fox & Friends.” Co-host Elizabeth Hasselbeck, referring to Trump’s NBC show, “The Apprentice,” asked him:

“Who’s getting fired? Who’s going to bear the brunt of the responsibility if indeed there is a government shutdown?”

“If you say who gets fired it always has to be the top. Problems start from the top and they have to get solved from the top. And the president’s the leader. He’s got to get everyone in a room and he’s gotta lead. But he doesn’t do that.

“And that’s why you have this horrible situation going on in Washington. It’s a very, very bad thing and it’s very embarrassing worldwide.”

Trump also spoke to Larry King in September 2013, telling him the U.S. was “being scoffed at and laughed at” due to the impasse and shutdown in the nation’s capitol.

Now we fast-forward to December 2018, and this is Trump on Twitter Friday:

The Democrats now own the shutdown!

“I will take the mantle. I will be the one to shut it down. I’m not going to blame you for it.”

In other words, this is the Trump showdown. Donald Trump owns this mess, and he said so in front of the cameras several days ago.

Time for Trump to fire himself. Problem is, he doesn’t have the guts to do so.