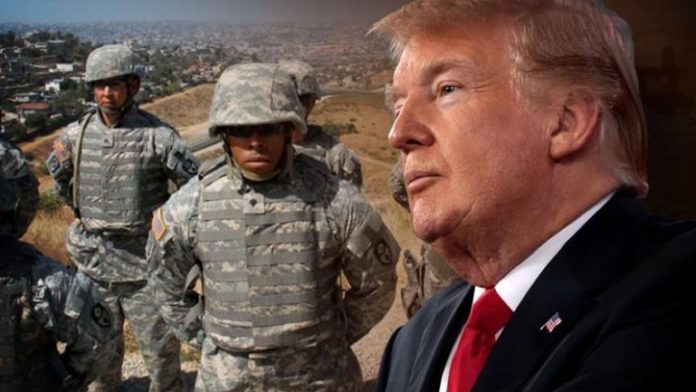 In a desperate attempt to scare voters just days before the midterm election is held, President Donald Trump has ordered thousands of active duty military troops to the border with Mexico for what can best called a political stunt intended make the president look tough even though the migrant caravan from Central America he keeps warning about remains hundreds of miles from the United States.

Now, however, some former generals are saying Trump’s deployment of troops to the U.S.-Mexico border is a waste of money and could even wind up being dangerous.

“I see no threat requiring this kind of deployment.”

Retired Lt. Gen. Jim Dubik was less diplomatic noting that “a sizable portion of those coming are women and children.” Dubik then slammed Trump for the unnecessary use of American military personnel:

“The real issue is whether the military is being used for partisan political purposes. If that’s the case, then I think such a use represents not just a wasteful deployment but a dangerous one. It’s dangerous because it will politicize the use of force in ways a democracy should avoid.”

Also critical of Trump’s careless use of U.S. troops was retired Col. Paul Yingling, who commanded U.S. troops in Iraq and flatly stated:

“This operation is a political stunt.”

Trump seems to believe that U.S. forces are his to use for whatever domestic political purpose he sees fit. What he doesn’t understand is that the military is supposed to be an apolitical force used only to defend the country from foreign threats. Deploying our armed forces for a purpose other than that is a disservice to them and a threat to all of us.