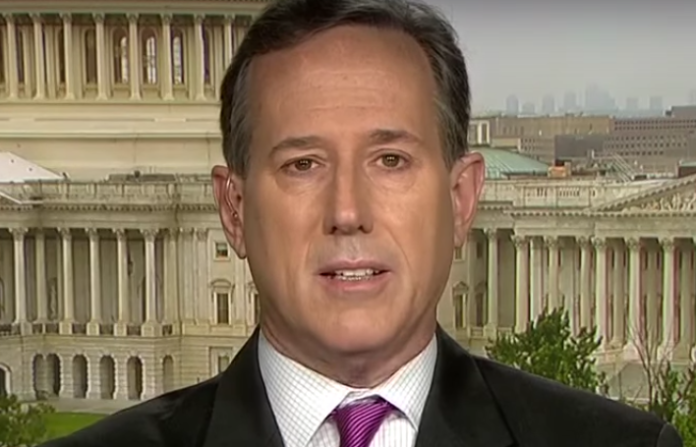 Buttigieg continues to gain popularity as a Democratic 2020 presidential candidate and he has not been shy about his personal life, even highlighting his relationship with his husband on the campaign trail.

Of course, that means evangelical supporters of President Donald Trump like Graham are going to attack him for it, which Graham did earlier this week.

“Mayor Buttigieg says he is a gay Christian and he wants to unite people behind him,” Graham wrote on social media. “I’m sure there will be many people who will want to follow. But as a Christian, I believe what the Bible says. God’s Word defines homosexuality as sin, something to be repentant of, not something to be flaunted, praised, or politicized.”

“You have every right to call him out on that,” Santorum said. “If he says that about Pete Buttigieg, then when Donald Trump’s accusations come up about marital infidelity and other things that’s equally as sinful. He should also be equal and vociferous in calling out a similar sin.”

Unlike being gay, adultery is listed in the Ten Commandments, but Santorum still doesn’t see a difference between the two, which drew a challenge from Berman.

“You know, I’m not an expert in this area,” Santorum replied. “I don’t know. The answer is, you know, we have to be loving and tolerant of everybody. Everybody is due respect and love and should be treated with dignity and respect, and whether they choose it or not, I don’t know. I don’t really care.”

So, even Santorum acknowledges that Graham is a hypocrite for attacking Buttigieg. And just like that, evangelical heads across the nation just exploded.