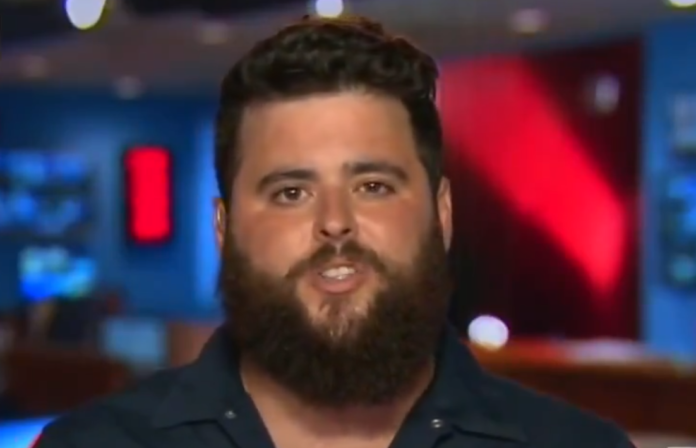 According to some on the right, anyone who accuses President Donald Trump of being sympathetic to white supremacists is doing the work of Satan and doesn’t deserve to have the right to speak their mind on the matter.

Right-wing activist Austen “Fleccas” Fletcher was a guest on Laura Ingraham’s show Tuesday evening, and he attacked Senator Cory Booker (D-NJ) for remarks Booker made regarding how neo-Nazis and white supremacists have found common cause with Trump, telling Ingraham:

“I’ve been watching Cory parade himself around the country as if he’s a champion of the people, I’ve been watching him talk to, you know, his audience and say, ‘Oh, we’re fighting back against Nazis and white supremacists and all these issues,’ and I thought that was interesting, cause Cory, I went to your district, I didn’t see any Nazis or white supremacists there, I did see people suffering in poverty though, I did see needles on the street and the playgrounds, I did talk to people who had lead in their water.”

For the record, Booker doesn’t represent a “district.” He represents the entire state of New Jersey and was once the mayor of Newark.

But Fletcher was far from done when it came to proving just how uninformed he is, adding:

“And I just think it’s really interesting because Cory wants to manufacture this zombie boogeyman in order to divide the country and scare people into voting for him so he can become more powerful and I thought that was really Satanic.”

Dividing the country and scaring people to gain power is Satanic? If so, then what does that say about Trump?

Here’s the larger problem with what Fletcher said: Rather than have a genuine debate on the issues that confront this country, he chose to try and literally demonize Senator Booker simply because he disagrees with him politically.

Then again, maybe Fletcher couldn’t help himself. Maybe the devil made him do it.