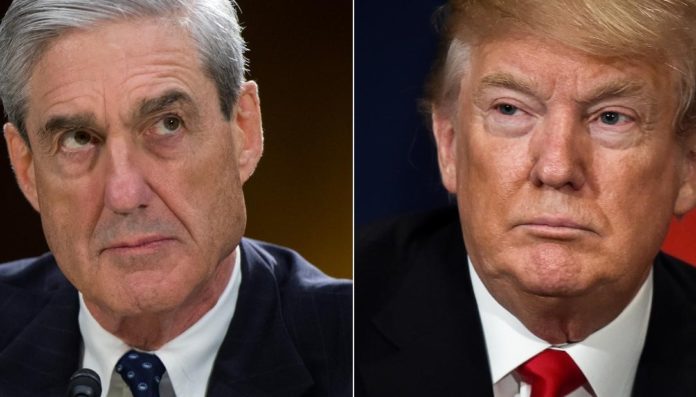 Special Counsel Robert Mueller drew up a three-count obstruction of justice indictment against President Donald Trump and then decided not to use it, according to an explosive new book from Fire and Fury author Michael Wolff, The Guardian reports:

Wolff reports that Mueller’s office drew up a three-count outline of the president’s alleged abuses, under the title “United States of America against Donald J Trump, Defendant”. The document sat on the special counsel’s desk, Wolff writes, for almost a year.

According to a document seen by the Guardian, the first count, under Title 18, United States code, Section 1505, charged the president with corruptly – or by threats of force or threatening communication – influencing, obstructing or impeding a pending proceeding before a department or agency of the United States.

The second count, under section 1512, charged the president with tampering with a witness, victim or informant.

The third count, under section 1513, charged the president with retaliating against a witness, victim or informant.

A spokesperson for Mueller denied the allegations in Wolff’s book:

Peter Carr, a spokesman for Mueller, told the Guardian: “The documents that you’ve described do not exist.”

That same indictment, according to Wolff, was based on Trump’s repeated efforts to shield himself from culpability, meaning he considered himself to be above the law:

The draft indictment, Wolff writes, also spelled out what Mueller considered to be the overriding theme of Trump’s presidency: the “extraordinary lengths” taken “to protect himself from legal scrutiny and accountability, and to undermine the official panels investigating his actions”.

A draft memorandum from the Mueller team also argued that a president can indeed be indicted, despite an opinion from the Department of Justice saying a sitting president cannot be indicted:

The document says: “The Impeachment Judgment Clause, which applies equally to all civil officers including the president … takes for granted … that an officer may be subject to indictment and prosecution before impeachment. If it did not, the clause would be creating, for civil officers, precisely the immunity the Framers rejected.”

The memorandum rejected the argument that the burden of a criminal process on the president would interfere with his ability to carry out his duties.

As a result of Mueller’s decision not to indict Trump, there remain only two ways to hold the current president accountable for his actions: Impeach him or vote him out of office.