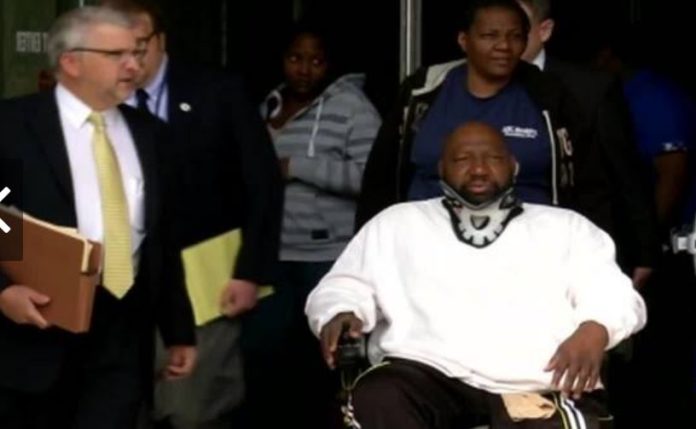 In an era with increasingly fractious racial relations, a story about an abused citizen winning a lawsuit for excessive force should be welcome. However, Benny Warr, the plaintiff in the case and citizen of Rochester, New York, found the reality much more complicated.

Issuing what was later described by Warr’s lawyer as “an inconsistent verdict,” a federal jury decided to award Warr one dollar, which is known as nominal damages. According to a local paper, the wording signals that the jury believed a legal wrong had occurred, but that no harm was done.

At the same time, the jury declined to award compensatory damages but voted to award punitive damages in the amount of $0.

Liberatore was accused of shoving Warr from his wheelchair and also used an “elbow strike” — properly used, police said — to Warr’s head when Warr was on the ground.

Warr’s lawyer, Charles Burkwit, places part of the blame on the failure of Rochester’s city legal team to follow a judge’s order not to mention unflattering information about Warr. He believes the team’s “inflammatory” comments could have swayed the jury. Some of the information included that Warr had been jailed prior to the incident.

Burkwit also claimed that the jury’s verdict that Officer Anthony Liberatore, one of the three arresting officers, did use excessive force was an indictment against the city’s investigation, which determined he had not.

In response, Mayor Lovely Warren has pushed for the creation of a Police Accountability Board. Rochester’s City Council has pushed for granting the PAB the ability to decide discipline for officers, but per Mayor Warren’s current plan, they would only have the right to recommend discipline to Rochester’s Police Chief.

For those hoping for more accountability for police officers using excessive force, the verdict is mixed at best. Though there are the rumblings of a changing landscape, it seems that it won’t arrive before the system claims many more victims like Mr. Warr.