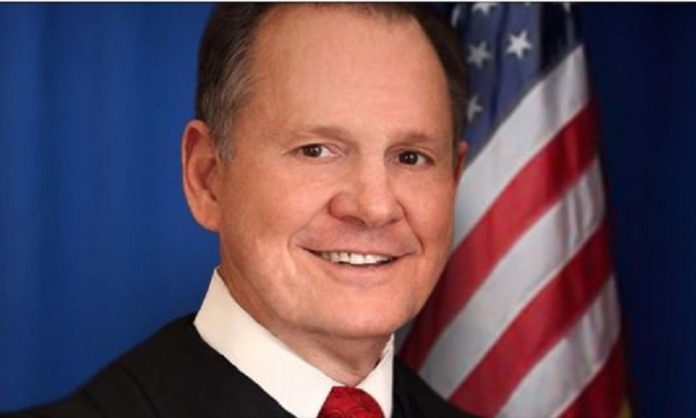 While some die-hard supporters are refusing to jump off the bandwagon for former judge Roy Moore’s senate race, some high-level people are speaking out against him. When the story about Moore’s sexual appetite leaning toward underage girls broke five days ago, it was initially met with skepticism by almost the entirety of the GOP. Since then, the four original women have been joined by a fifth woman, and the accusations are gaining credibility.

After the allegations were made public, Moore’s wife, Kayla Moore, posted a letter on her Facebook page signed by 53 pastors that claimed to still support Moore despite the allegations. Yesterday some of those pastors claimed they never saw that version of the letter and were never asked to extend their endorsement following the new revelations of pedophilia.

As reported in AL.com, the endorsement letter posted by K. Moore was the same letter that had appeared earlier in the senate race (before the primary) on his official website, with a few changes in wording to make it appear as if this was a new letter. Another discrepancy is that one of the pastors listed is no longer associated with the church they supposedly lead. Other pastors spoke out too:

Tijuanna Adetunji of the Fresh Anointing House of Worship in Montgomery, said she was not contacted about the letter and did not give permission for her name to be used. “I was not asked about this story or allegations,” Adetunji said.

Pastor Thad Endicott said he was not contacted about the most recent post from Kayla Moore. “The list that has recently circulated was evidently copied and pasted from the August endorsements without checking to see if I still endorsed Moore,” said Endicott. Endicott, pastor at Heritage Baptist Church, asked that his name be removed from the Moore endorsement.

Dr. George Grant of Parish Presbyterian Church in Franklin, Tenneessee told WSMV he hadn’t had contact with Moore personally in a decade and hadn’t spoken to the Senate nominee’s campaign since before the election. Grant said he has no desire to play a role in Alabama politics.

The question then becomes, “How many of the original signatures were placed without the actual endorsement of the signatory?”

Senators have been fleeing the Moore train wreck in droves also. According to Axios, Rand Paul is the only sitting Senator that has not withdrawn his support from Moore’s campaign. Senators Mike Lee, Steve Daines, and John Cornyn have all formally withdrawn their support. Ted Cruz made a lengthy statement about his feelings on the matter. Part of his statement makes me respect Cruz a little bit:

I am not able to urge the people of Alabama to support his candidacy so long as these allegations remain unrefuted. Both last week and this week, there are serious charges of criminal conduct that, if true, not only make him unfit to serve in the Senate but merit criminal prosecution. Judge Moore, like any American, is entitled to present a defense, he’s entitled to put forth facts demonstrating the charges are not true. But as it stands I can’t urge the people of Alabama to support a campaign in the face of these charges without serious persuasive demonstration that the charges are not true.

President Donald Trump has made some wishy-washy statements about “if the allegations are true…” and he has hedged around the subject without committing one way or the other on whether or not Moore should remain in the senate race. Considering his grabby background — if he does endorse Moore he will be supporting ‘one of his own kind, ‘ and if he doesn’t he’ll be a hypocrite. Six of one, half a dozen of another.

The fact that these are just allegations at this time, in need of investigating, goes without saying. But in the meantime, IF this man is elected to fill the Alabama Senate seat and the allegations turn out to be true, the state will have to go through another special election next year.