The United States Blues
Home Elections Scaramucci Admits: Trump Is A ‘Liar’ And Needs To ‘Dial Back’ On... 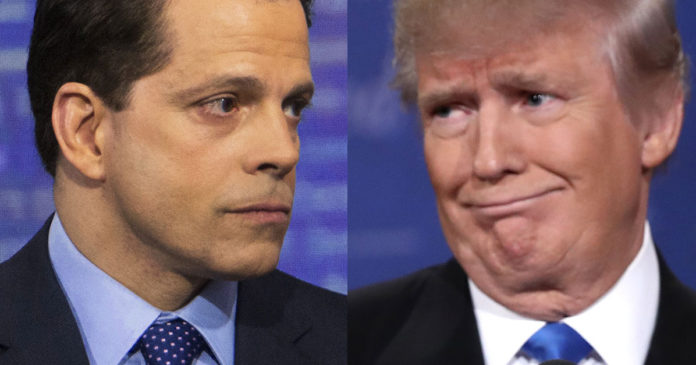 President Donald Trump is a pathological liar. And his latest lie about people from the Middle East infiltrating a caravan of immigrants from Central America is blowing up in his face, leading Trump to admit Tuesday that he has absolutely no proof of his earlier assertions regarding the caravan.

And how even Trump’s former communications director, Anthony Scaramucci, is saying the president needs to stop lying before American refuse to believe anything he says.

“You want to say that to the camera? To the President?”

The former communications director looked into the camera and responded:

“Nobody should lie. But, you know, you’re a politician now, so politicians lie when their lips are moving, and so all these people lie. But you should probably dial down the lying because you don’t need to. You’re doing a great job for the country. So dial that down, and you’ll be doing a lot better.”

Despite having called Trump a liar just seconds earlier, Scaramucci then sounded like he was trying to justify the president’s propensity for telling lies:

President Obama knew how to play to the crowd and tell a joke, but he didn’t resort to endless lying just so he could get a laugh. Also, Trump wasn’t joking when he made his remarks about the migrant caravan; he was trying to use fear for political purposes.

Here’s the best way to deal with Trump and his lies: Assume everything he says is complete BS until facts are provided.