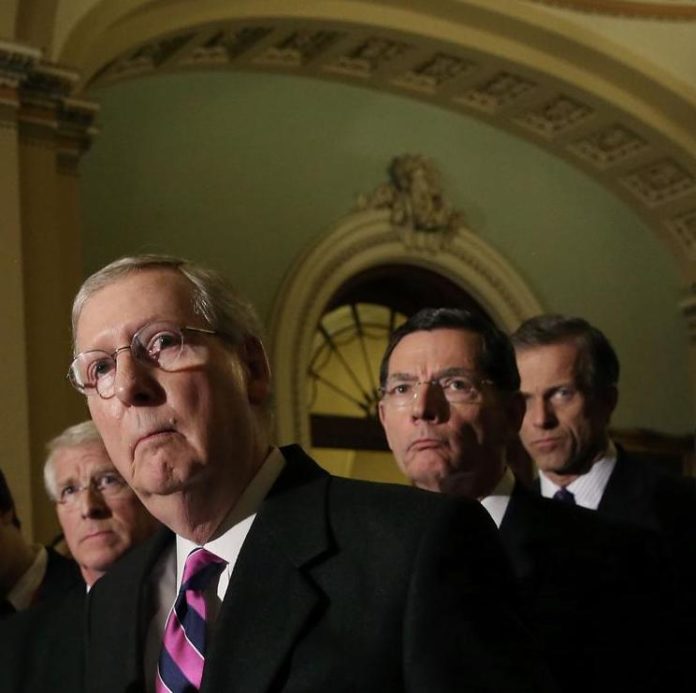 U.S. tax legislation is ludicrously complicated. The House bill was so dangerous in large part because of the provisions were written into its language that has nothing to do with tax reform.

The same can be said for the tax bill currently being debated in the Senate. And boy, does it have a few “Easter eggs” hidden in its text, as Politico puts it.

U.S. peacekeepers have been stationed on the Sinai Peninsula for upwards of three decades to prevent the possibility of war between Egypt and Israel. In recent years the threat from terrorist organizations have grown, and there have been multiple attacks on U.S. soldiers. The Department of Defense has refused to label the area a conflict zone. This oversight has lead to service members incorrectly claiming tax breaks meant for military personnel serving in combat zones, owing thousands of dollars in additional taxes every year. Congress has decided to fix this. Fair enough, right?

The legislation includes a provision from Sen. Deb Fischer (R-Nebraska) that offers a tax credit to corporations equal to 25 percent of an employee’s earnings for them providing two weeks of paid family leave to their workers.

We all know that two weeks is not enough time to acclimate to having a newborn child. House Democrats have proposed 12 weeks, which is just barely adequate. The Democrats’ legislation is funded by a 0.4 percent payroll tax split between employees and employers. Republicans have argued that such legislation hurts companies through unnecessary costs.

When will Republicans realize that austerity hurts all of us (except the rich)?

As far as social programs go:

The Senate bill adds a plan to direct capital to economically distressed regions. Investors in venture funds that invest at least 90 percent of their assets in certain “qualified opportunity zones” can defer capital gains taxes.

The issue: simply pouring money into economically distressed regions does almost nothing to help those who are struggling. It does, however, help to raise the cost of living through gentrification as people with money begin pouring in to check out new developments and amenities.

One genuinely decent proposal in the Senate bill:

The deduction for teacher expenses will be doubled from $250 to $500 (whereas the House bill eliminates the deduction altogether).

The bill also provides a tax break for people in the Mississippi River Delta impacted by the hurricanes and increases funding for a government program that helps low-income Americans pay their taxes.

There are some strange industry tax breaks included thanks to lobbying and personal interests:

The bill will cut taxes on beer produced in the U.S., particularly on beer produced by small breweries. Because apparently, the Senate cares more about craft beer than legislation that we sorely need, like universal healthcare and free education.

Also receiving a bump is the film industry – production companies will be able to write off the full cost of their investments in their first year. This deduction will cost the government around $1 billion annually.

Foreign airlines will have to pay taxes if their home country doesn’t have a tax treaty with the U.S. and if major U.S. airlines make fewer than two weekly trips to foreign countries. Experts say that it targets airlines headquartered in the Gulf states, but could affect carriers in countries like Singapore and Saudi Arabia as well.

Surprisingly (not) the Senator who proposed the bill is from Georgia, where Delta’s headquarters are located.