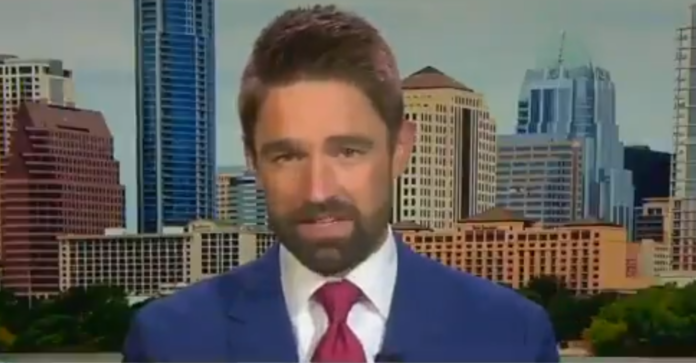 Fast food restaurant chain Chick-Fil-A is in the middle of a legislative fight that involves business, religion, and bigotry in the state of Texas, with some trying to assert that anyone opposed to the business are actually attacking Christians.

Republicans in the Texas state legislature have been desperately trying to pass legislation known as the “Save Chick-Fil-A” bill. That bill would make it illegal for any government body in the Lone Star State to take action against the restaurant chain for their anti-LGBT stance and funding of anti-gay groups. That legislation was defeated in the Texas House last week, but is now back on the calendar for action, according to the Dallas Morning News:

On Monday, the Senate waived rules to allow Hughes’ bill to be heard in committee without public notice. A few minutes later, the Senate Affairs Committee convened and held a speedy public hearing on the bill with no speakers — probably because no one had notice there would be a debate. When the bill came before the House State Affairs committee last month, dozens of people spoke for and against the bill.

Later, the committee advanced the bill to the full Senate and placed it on the Senate’s intent calendar for Tuesday.

Tuesday morning on Fox News, one of the most ardent supporters of the bill to protect Chick-Fil-A in Texas appeared to accuse those who oppose the legislation of being bigoted against Christians.

“You can’t argue with Chick-Fil-A’s food, and I don’t think you should be able to argue with the organizations that Chick-Fil-A chooses to support either.”

Leach then went on to suggest that anyone who opposes the restaurant chain is engaging in an “all-out assault on our freedom to worship and to give our money to organizations we want to support.”

So if someone chooses to not eat at Chick-Fil-A due to the restaurant’s stance on LGBT rights, that makes them anti-Christian? Talk about the height of absurdity!

Everyone in this country has a right to protest whatever they want to, and they also have a right to oppose businesses which they see as being against civil rights for all Americans. Mr. Leach needs to take a Texas-sized chill pill and try to get his brain in gear before he starts running off at the mouth.

Here’s the video from Fox News: