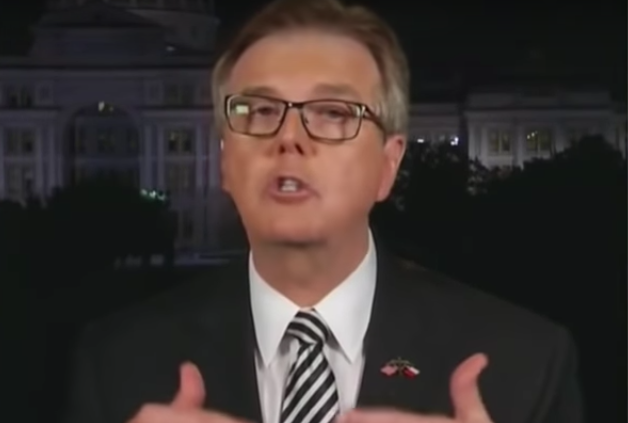 Trump’s immigration policy included taking children away from their parents, which often happened during slavery in the United States. Thousands of migrants are also being held in internment camps and treated like wild animals, something else reminiscent of how slave owners treated black people.

It should also be pointed out that immigrants are paid very low wages for backbreaking work that most white Americans are too lazy to do. Sounds awfully similar to slavery.

So, Beto was right to make the comparison.

But Patrick lashed out at him during an interview with Laura Ingraham, and used an anti-gay slur in the process.

“What a moron,” Patrick began, going on to claim that immigrants are not slaves because they are not Americans.

After a brief rant, Patrick escalated his attack on Beto by using an anti-gay slur.

“He is so light in the loafers he floats off the ground at times,” he said. forcing Ingraham to help him do damage control.

“You just meant not consequential, correct?” she asked. “You didn’t mean any pejorative, right?”

“No, no, no! What I mean is he flaps his arms a lot,” Patrick insisted.

Ingraham herself is anti-gay, which is why her gay brother often calls her out on Twitter, which he did again on Tuesday in response to her interview with Patrick.

My sister is a con artist. As the gay brother she claims to have loved so deeply all these years, she has worked against me in order to prop up her ratings and fatten her pockets. Homophobia in a red dress? Monstrous! @IngrahamAngle https://t.co/qwvuqt7Hq7