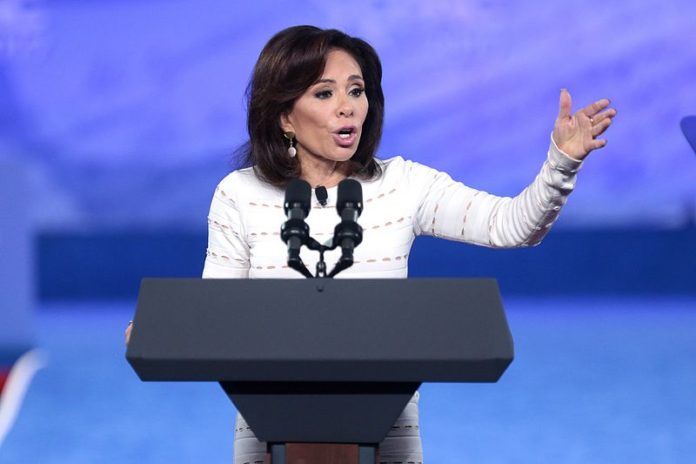 If Fox News host Jeanine Pirro believed her undying support for President Donald Trump would help her escape paying her old Senate campaign debts, she must have thrown a fit after receiving bad news from the Federal Election Commission this week.

Back in 2005, Pirro attempted to run as a Republican against Hillary Clinton for the U.S. Senate and failed miserably. Down significantly in the polls and having far fewer campaign funds, she dropped out of the primary and Clinton would go on to win by a landslide.

But Pirro’s campaign racked up $600,000 in campaign debts owed to various vendors, which she has failed to repay even though she makes millions of dollars from her Fox News gig every year and lives in a multi-million dollar home.

That sounds like a certain president who also fails to pay his debts, so it’s little wonder why Pirro is on board the Trump train.

It’s been well over a decade, but the Fox News host continues to duck paying the debt, and now the FEC has sent her a letter demanding she files mandatory campaign finance reports.

“It is important that you file this report immediately,” the letter continued. “The failure to timely file a complete report may result in civil money penalties, an audit or legal enforcement action.”

The @FEC wants @JudgeJeanine‘s old U.S. Senate campaign to explain why it won’t comply with federal law — something it hasn’t done for years by not filing mandatory campaign finance reports. pic.twitter.com/TSHPCJHWGT

It’s a drop in the bucket compared to how much money Pirro is worth, so she should pay her debt like everyone else has to do unless she is admitting that she’s a hypocrite conservative who cries about the rising national debt but doesn’t pay her own.