The United States Blues
Home Elections This is how the GOP can rig the 2020 Census for white... 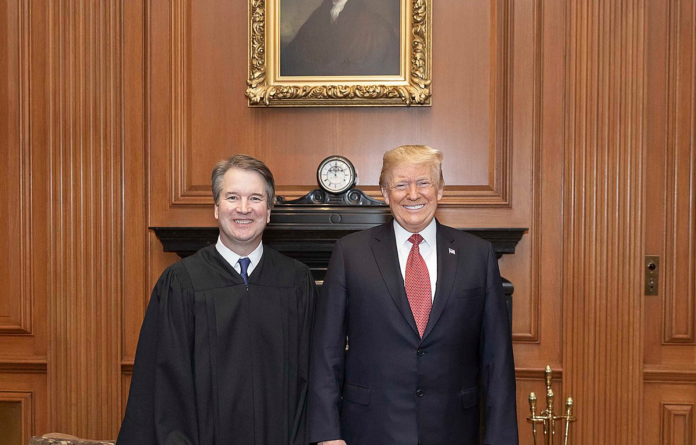 Ari Berman, author and senior reporter at Mother Jones, raised alarm today as the Supreme Court hears oral arguments about the Trump administration’s attempt to add a citizenship question to the 2020 census. If the SCOTUS decides in favor of Trump, the census could “shift power to the Republican Party for the next decade.” That power would favor white conservatives through a “rigged” census that would constitute a huge threat” to democracy.

“The administration added the question—’Is this person a citizen of the United States?’—in March 2018, claiming it was needed to better enforce the Voting Rights Act.”

Federal courts have ruled against the citizenship question in a case led by New York and backed by Democratic attorneys general from nearly 20 states. A ruling in January by Judge Jesse Furman of the Southern District of New York found that adding citizenship to the census would render the census inaccurate and result in skewing the allocation of some $800 billion in federal funding.

There has been controversy about Commerce Secretary Wilbur Ross, who oversees the Census Bureau and has attempted to add the citizenship question.

In early April, Ross seemed to be avoiding testimony before the House Appropriations Committee and Senator Patrick Leahy. Leahy believes that Ross lied to him about his “sudden interest in adding the controversial citizenship question to the 2020 Census.” The senator posted evidence to twitter that the idea came from Steve Bannon and Kris Kobach, who he called “an architect of VOTER SUPPRESSION efforts.”

Wilbur Ross wrote that adding citizenship to the census would allow “more effective enforcement” of the Voting Rights Act. To the contrary, Ari Berman notes that a bipartisan group of six former heads of the Justice Department’s Civil Rights Division “filed a brief with the Supreme Court saying the question will ‘deter Latino and other voters from responding to the census’ and thus ‘undermine enforcement of the Act.'”

The Census Bureau says the question would cause some 6.5 million people to avoid responding as well as drive up the cost of conducting the census unnecessarily – by millions.

In a twitter thread, Ari Berman lays out the facts about this charade from Commerce Secretary Wilbur Ross and the Trump administration. Berman says “of all the ways democracy is threatened under Trump, an unfair and inaccurate census could have the most dramatic long-term impact.”

Trump could rig American politics for next decade if SCOTUS upholds citizenship question on 2020 census. Would be as devastating to democracy as anything in Mueller report. Pay attention to oral arguments Tuesday https://t.co/FEBrVtZCrh

In video for @nowthisnews I explain why Trump's plan to rig 2020 census such a huge threat to democracy pic.twitter.com/ZtbtgE6KWt

Now we can only guess how the Supreme Court will rule, given two conservative justices have been “rammed through” to our highest court by the Republican party. So far, it appears those conservative justices may be open to Wilbur Ross’, or should we say Kris Kobach and Steve Bannon’s, interpretation.