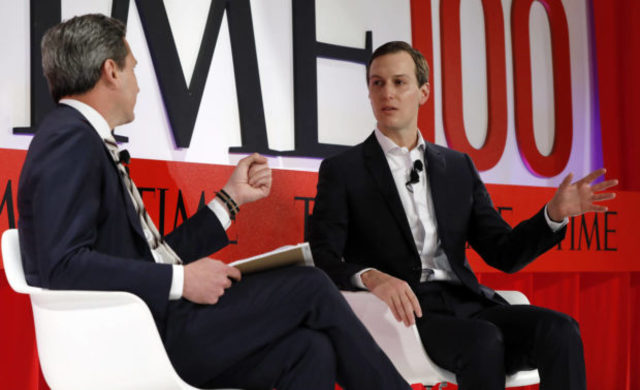 White House adviser Jared Kushner got more than he bargained for when he showed up at the TIME 100 summit Tuesday and asserted that the investigation conducted by Special Counsel Robert Mueller has been far worse for the United States than the online meddling done by Russia on President Donald Trump’s behalf during the 2016 election.

“We ran a very untraditional campaign, and we had a lot of outsiders coming in. In the beginning we couldn’t get a lot of the people from Washington to work with the campaign.”

People didn’t want to work for the Trump campaign because he has a history of not paying his bills. He’s made a career out of stiffing contractors who do work for him.

The president’s son-in-law then continued:

“You look at what Russia did, buying some Facebook ads to try to sow dissent, and do it, and it’s a terrible thing. I think the investigations and all of the speculation that’s happened for the last two years has had a much harsher impact on our democracy than a couple Facebook ads.”

And that’s when Bennett pounced, reminding Jared of the facts:

“It was a lot more than a few Facebook ads. There were Russian operatives organizing real events during the campaign. It had a real world impact on their social media campaign.

“Not only that, but Russia was actively hacking and stealing documents, that they then systematically released at certain key points during the campaign. One of the biggest things that doesn’t sit well with the public is why didn’t the Trump campaign openly say ‘Russia, we don’t need your help, we don’t want your help. please stop?’”

“First of all, in the campaign we didn’t know that Russia was doing what they were doing.”

That’s when Bennett totally shut down Kushner with this one sentence:

“By October 6th the U.S intelligence services did made the assessment public. That Russia was involved in a social media campaign to influence the election.”

Make no mistake: Russia did indeed put their thumb on the scale in favor of Donald Trump in 2016. Jared may want to try and suggest otherwise, but that just proves that he also knows his father-in-law wouldn’t be president were it not for the Russians. That’s a settled fact, and the vast majority of Americans know it.