The United States Blues
Home News To This Marine, Trump and Bolton are nothing but ‘chickenhawks’ 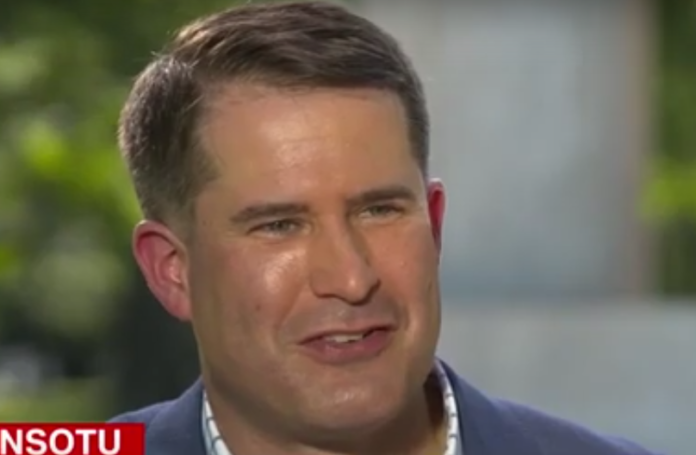 As President Donald Trump and National Security Adviser John Bolton march the United States toward yet another bloody and costly war in the Middle East, Rep. Seth Moulton (D-Mass.) criticized both men for being “chickenhawks” because they ducked military service themselves.

As we all know, Trump dodged the draft five times during the Vietnam War, citing a fake bone spur in his foot to avoid service the fifth time.

As for Bolton, he avoided the Vietnam War by a different route, choosing to join the National Guard and then the Army Reserve so he couldn’t be drafted, later claiming that he “had no desire to die in a Southeast Asian rice paddy” because he “considered the war already lost” in 1970.

Now both of them want Americans to fight and die in Iran or Venezuela or both in regime-change schemes.

Iran would be as bad or worse than the Vietnam War and may even require re-instituting an unpopular military draft. And both conflicts could draw China and Russia into the mix.

It’s a recipe for disaster that people who never served clearly don’t understand.

“The parallels between how the Bush Administration pushed us into war with Iraq and how the Trump Administration under a draft-dodging commander-in-chief is pushing us into war with Iran are uncanny,” he said. “But I also think there’s a parallel with Vietnam with what Bolton and Pompeo are trying to do is put enough troops in the gulf that there’s a good chance there will be the kind of interaction, an altercation that set off Vietnam, that that will set off war with Iran. It’s been very clear from things that the secretary of state, in particular, has said that that’s what he hopes happens.”

Moulton then called Trump and Bolton “chickenhawks”, a term used to describe those who push for war but avoided serving in war themselves.

“Bottom line is, we have a commander-in-chief who is not tough enough, doesn’t have the credibility to stand up to these chickenhawks,” he continued.

“Who are you calling a chickenhawk specifically?” Tapper asked.

“Well, John Bolton,” the Democratic 2020 presidential candidate replied. “He’s one who pushed us into war in Iraq and he’s trying to push us into war in Iran. Look, if you saw a definition of chickenhawk in a dictionary, you’d see Donald Trump and John Bolton right next to each other. I think we all know who is the chicken and who is the hawk.”