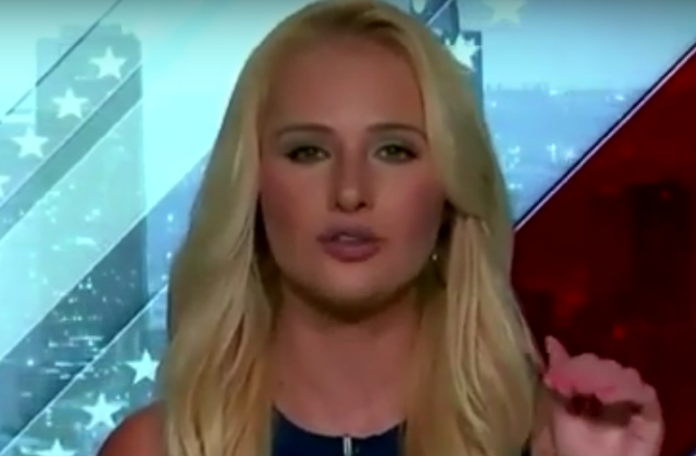 Fox News contributor Tomi Lahren laid into anti-vaxxer parents on Thursday in response to a measles epidemic that continues to spread.

Over 150 cases of measles have been identified in a single county in New York, which Dr. Anthony Fauci explained earlier this week to Laura Ingraham occurred after unvaccinated members of the Hasidic Jewish community traveled to Israel and contracted the virus from unvaccinated Orthodox Jews.

Dr. Fauci called Ingraham out for spreading misinformation about vaccines, particularly the MMR vaccine that had wiped measles out in the United States by the year 2000. But because of the anti-vaxxer movement, measles has come roaring back.

According to the CDC:

From January 1 to March 28, 2019, 387 individual cases of measles have been confirmed in 15 states. This is the second-greatest number of cases reported in the U.S. since measles was eliminated in 2000.

For once, Lahren did something right on the conservative network by taking on anti-vaxxers for not getting their children vaccinated.

“I believe in freedom. I believe in choice. I believe in the power of parenting,” Lahren began. “But when measles, mumps, and other old-timey diseases that are on the brink of extinction are able to make a comeback because some parents choose not to vaccinate their kids? I’m sorry, there’s a problem.”

“What the hell, people?” Lahren asked. “157 cases reported since the end of last week, just in Rockland County, a small Manhattan suburb? Measles is no joke. Not only is it incredibly contagious — symptoms can range from dangerous fever all the way to pneumonia, brain swelling, and yes, even death.”

Indeed, measles can survive for two hours in the air, making it a very easily contractible disease. Someone with measles can leave a room, the room can then be empty until someone comes in two hours later and is infected.

The fact is that measles is responsible for the deaths of thousands of children and the MMR vaccine is the reason why measles deaths are rare in the developed world.

But because of a single fraudulent study in which a disgraced doctor falsely linked vaccinations to autism, parents have decided to ignore science in favor of letting their kids get sick, thus endangering the public health and threatening the herd immunity that protects those who are unable to be vaccinated.

“The antivaxxer movement is based in large part on a fraudulent, 12-person study that has been ridiculed, retracted, and trashed,” Lahren continued. “Does it not seem ridiculous that some parents still look to it as gospel? I would say so…If most of the population is vaccinated or immune, those who are not immune are still protected to a high degree. But that all goes to hell when selfish or self-righteous members of the community refuse to have their kids vaccinated.”

“And yes, I said it: selfish and self-righteous,” Lahren concluded. “Does that hurt your feelings? Well, guess what’s more painful and dangerous than hurt feelings: measles.”

It’s very rare for Lahren to be right about something but she hit the nail on the head this time around, and anti-vaxxers need to listen to vaccinate their damn kids.