The United States Blues
Home Politics Congress Town hall with Texas Republican goes off the rails when he attacks... 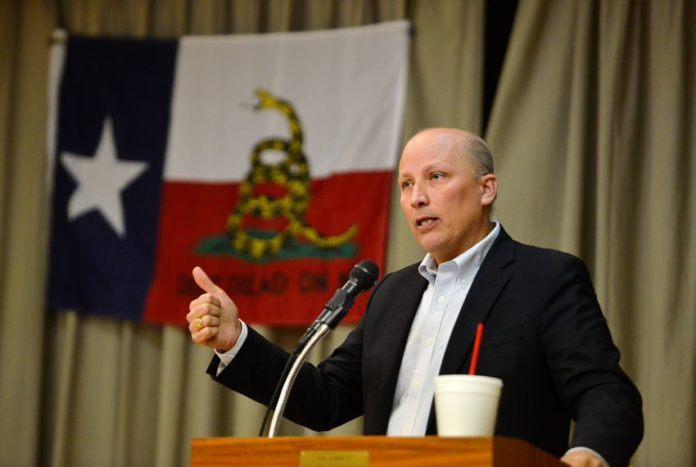 Rep. Chip Roy (R-TX) may have thought a town hall meeting this week in San Antonio would be a fairly pedestrian affair, but it turned contentious when he began attacking other members of Congress, most notably Rep. Ilhan Omar (D-MN).

The Austin American Statesman reports that Roy set of a firestorm when he remarked:

“I think this lack of binding together as a community is part of our cultural rot,” Roy said.

But, Roy continued, “I took great offense at how my two colleagues, congresswoman (Ilhan) Omar and congresswoman (Rashida) Tlaib approached their visit to Israel.”

When someone in the audience told Roy to stick to the issues and not personal attacks, Roy defiantly replied:

That’s when a constituent, Eva Perez, called out:

Perez then told the congressman:

To that charge, Roy replied:

“Now that is an interesting charge.”

A few minutes later, Roy raised the issue of protesters taking down an American flag at an Immigration and Customs Enforcement facility in Aurora, Colorado. That drew this reply from Trish Florence, the leader of an anti-Trump group:

“Here you go again, inciting the base with fearmongering.”

Roy then attempted to suggest that Congressional Democrats don’t want to have a real debate on the issues:

“What you’re seeing here today is the modern face of the Democratic Party. This is why we can’t get anything done in Washington. At the end of the day, you’re not even willing to listen.”

“He doesn’t really want to have a town hall.”

Roy will face former Texas state senator Wendy Davis (D) in 2020, and it remains to be seen if his next town hall at the end of August will be any less contentious.

Here’s more on the raucous town hall from KVUE: