The United States Blues
Home National News Trump gets brutal reminder of his own blatant anti-Semitism after calling Democrats... 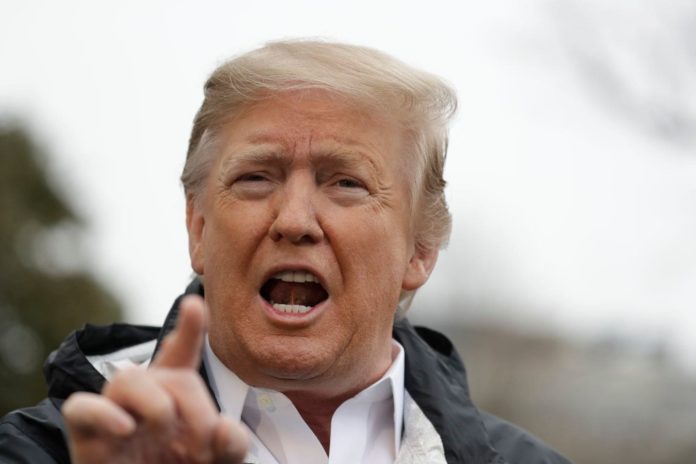 Before he departed for a trip to Alabama where he will tour the devastation left by tornadoes last Sunday, President Donald Trump couldn’t resist weighing in on the anti-hate resolution passed overwhelmingly by the House of Representatives Thursday, telling reporters that Democrats are opposed to Israel:

It should be noted that the resolution rejected anti-Semitism, along with anti-Muslim hatred, white supremacy, and all forms of hatred. Minutes after it passed Reps. Rashida Tlaib (D-MI), Andre Carson (D-IN), and Ilhan Omar (D-MN) released a statement which read:

“Today is historic on many fronts. It’s the first time we have voted on a resolution condemning Anti-Muslim bigotry in our nation’s history. Anti-Muslim crimes have increased 99% from 2014-2016 and are still on the rise. We are tremendously proud to be part of a body that has put forth a condemnation of all forms of bigotry including anti-Semitism, racism, and white supremacy.”

Trump’s hands are far from clean when it comes to the issue of anti-Semitism, as Daily Beast editor Jackie Kucinich noted Friday on CNN after Trump spoke to reporters:

“The President likes to go to extremes. I think that is what he is doing here. It is shameless considering his own not only failing to condemn Charlottesville on the first try. Let’s not forget during the campaign he was retweeting memes that showed Hillary Clinton with a Star of David on the back drop of money. It is also anti-Semitic. The list goes on and on and on.”