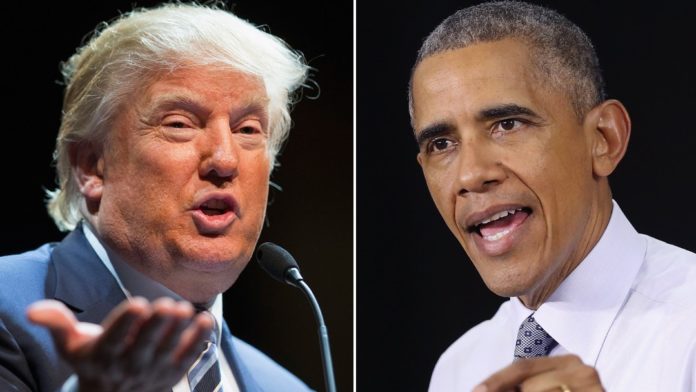 President Donald Trump gave himself credit for the low women’s unemployment rate on Friday instead of congratulating women. He also unfairly compared the rate today to the rate in 2011 under former President Barack Obama.

It’s International Women’s Day, so of course Trump decided to make it about himself compared to Obama.

The unemployment rate among women now stands at 3.6 percent, which Trump tweeted about. But he couldn’t help but take a shot at Obama by suggesting that the rate only got lower after he left office in January 2017.

By the end of 2016, the women’s unemployment rate had dropped from 7.9 percent to 4.8 percent, which is a three point drop. That means the rate under Trump has only dropped just 1.2 percent more in the last two years. And he certainly does not deserve credit for it because the drop is just a continuation of a trend Obama started.

So instead of giving credit to women on International Women’s Day, you are giving yourself credit. NARCISSIST!

USA has been adding jobs steadily since the recovery began early in Obama’s presidency.

What you FAIL to mention is that Women’s unemployment was down to 4.8% in 2016, so it’s only dropped 1% since your CROOKED ass showed up.

But, of course, you can’t/won’t acknowledge President Obama.

Jobs numbers are as flaccid as one of your buddies in the SoFlo sex trafficking Rub ‘n’ Tug, you loathsome liar. You’ve done nothing for women other than, perhaps, pay them off. You’re demented. Resign. #JobsReport #TrumpFail #ImpeachTrumpNow

….Trump is like a QB that comes in and takes a knee in the final seconds of the Super Bowl…the only play he has all season and then takes credit for winning.

So are you taking credit for the drop that started in 2011? You know, 6 years before you entered office?

Trump’s boast comes on the heels of a terrible February jobs report as jobs growth came to a standstill and his trade wars have caused the trade deficit to reach a record high.

The economy is so bad under his watch that he has to reach back all the way to 2011 to cherry-pick a high rate under Obama in order to take credit for the current lower rate. The only people buying his bullsh*t are his hardcore supporters. The rest of America knows better.