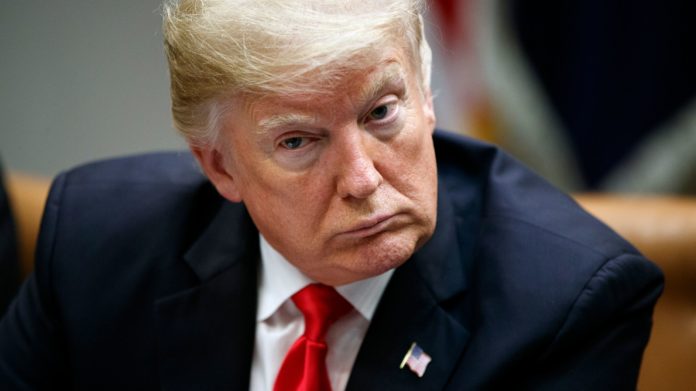 Since he’s a native of New York, you’d think President Donald Trump would know better than to attack the Empire State. But that’s exactly what he did after the state attorney general subpoenaed German financial firm Deutsche Bank to determine their connections to the Trump Organization.

“The New York attorney general’s office late on Monday issued subpoenas to Deutsche Bank and Investors Bank for records relating to the financing of four major Trump Organization projects and a failed effort to buy the Buffalo Bills of the National Football League in 2014, according to a person briefed on the subpoenas.

“The inquiry opens a new front in the scrutiny of Deutsche Bank, one of the few lenders willing to do business with Donald J. Trump in recent years.”

But to hear the president tell it, it was just another example of “presidential harassment” and proves why people are leaving the state in droves:

New York State and its Governor, Andrew Cuomo, are now proud members of the group of PRESIDENTIAL HARASSERS. No wonder people are fleeing the State in record numbers. The Witch Hunt continues!

While it’s true that more people are leaving New York than any other state, keep in mind that the population still stands at nearly 20 million residents. Also, the state’s population is still growing at a 0.7 percent annual rate and has increased 2 percent since 2010. In other words, they’ve got plenty of people to spare.

The larger issue is that Trump saw fit to attack the place of his birth. If it’s so bad, why doesn’t he move Trump Tower to some place more accommodating, like maybe Moscow?

Twitter exploded with rage and humor in response to Trump’s angry remarks:

No one is fleeing and the people of New York hate you.

This would be a clue you would give on the $100000 Pyramid if the category was “Things guilty people say.”

So NY AG James subpoenaed Deutsche Bank. Strange, Deutsche was the only bank that would lend to you despite all the bankruptcies…and then, there’s this:https://t.co/DkIsWxhvzT

He just attacked all of New York. I can’t wait until we convict him.

They are doing their job, something I wish you would do instead of spending so much time in front of your television sets listening to liars. Also, no president in my considerable lifetime has harassed as many people publicly as you, talk about “presidential harassment.”

You are such a simpleton! Man up! You are not being harassed, you’re being called out on your lies and harassment! You see, Donnie, when you call people names, it’s called bullying! If you can’t take it, maybe you should just STFU!