The United States Blues
Home National News Trump gets slapped down by U.S. military for suggesting National Guard is... 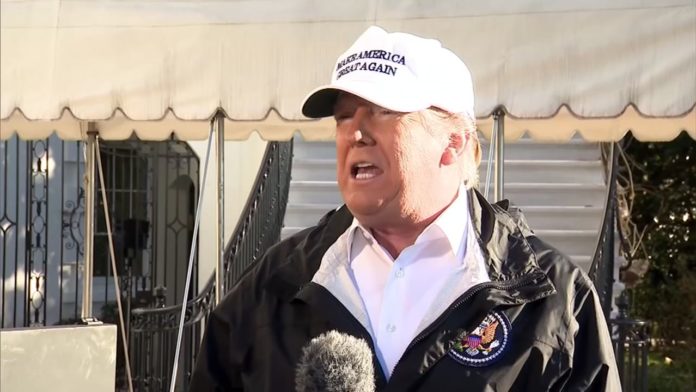 Though he may well be designated as commander-in-chief of U.S. military forces around the world, it becomes clearer each day that President Donald Trump has absolutely no clue how (and where) American troops operate.

Mexico’s Soldiers recently pulled guns on our National Guard Soldiers, probably as a diversionary tactic for drug smugglers on the Border. Better not happen again! We are now sending ARMED SOLDIERS to the Border. Mexico is not doing nearly enough in apprehending & returning!

Wow! Sounds like one hell of a showdown, doesn’t it? Problem is, it’s filled with all sorts of lies.

Pamela Kunze, a U.S. military spokesperson, noted that the altercation was between U.S. military personnel and Mexican troops, not members of the National Guard. According to her, Mexican soldiers:

“Mistakenly believed the U.S. Army soldiers were south of the border with Mexico.

“We believe this brief exchange was a misunderstanding concerning the location of the unmarked U.S. surveillance vehicle and an honest mistake by the Mexican soldiers. The Mexican military has been and continues to be a great partner with the United States military.”

Kunze added that U.S. troops were south of the border wall, but still on U.S. soil in an unmarked vehicle. They briefly spoke to their Mexican counterparts and then the Mexican troops departed.

TrueBlue Media says the wild tweet from Trump was prompted by a report he saw on Fox News over the weekend:

“The outlandish conspiracy theory, which has no basis in fact, originated from a conversation on Sunday’s ‘Fox & Friends’ television program, according to the Washington Post. On the program, Brandon Judd, national president of a union for Border Patrol agents, made the unfounded accusation that “it is believed that Mexican military is performing diversion tactics for criminal cartels in order for them to smuggle drugs or high-value contraband into the United States.”

In other words, Trump could have easily caused an international incident because he’s not bright enough to fact-check the always unreliable “reporting” done at his favorite network.

Commander-in-chief? This bozo can’t even tell truth from fiction.