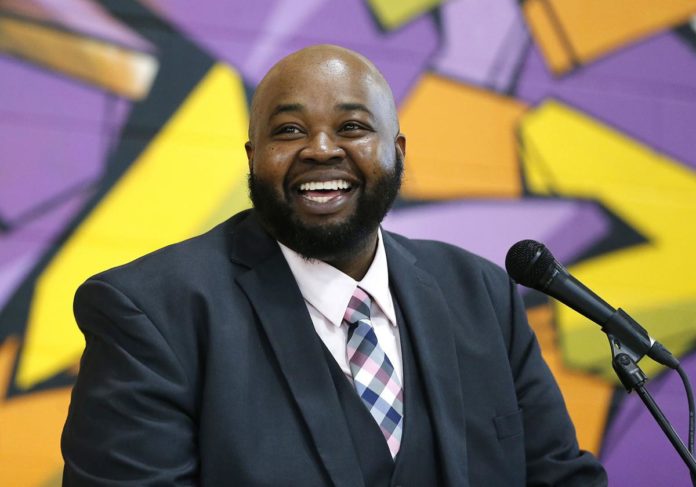 Breaking with a tradition that goes back to the presidency of Harry S. Truman, President Donald Trump will not hand out this year’s award for Teacher of the Year.

The recipient of the 2019 Teacher of the Year award is Rodney Robinson, a black social studies teacher at a juvenile detention facility in Richmond, Virginia.

A spokesperson for the Council of Chief State School Officers (CCSSO), which organizes the program, confirmed that Trump is not expected to attend the ceremony, which will be held at the White House and hosted by Secretary of Education Betsy DeVos:

“Each year, CCSSO works with the White House to coordinate a recognition event. It is up to each administration to decide how to recognize the teachers, and it has varied throughout the 67-year history of the program in location and who has delivered the recognition to the National Teacher.”

Part of the reason Trump won’t be in attendance this year may have something to do with last year’s ceremony, according to Politico:

“Last year, Trump awarded the honor to Mandy Manning, who teaches English to refugees and immigrants in Washington state. At the White House event, Manning handed Trump a letter from a Rwandan immigrant student that urged the president to ‘take care’ with his language about immigrant and refugee communities. She also wore a pin that read ‘Trans Equality Now.'”

Speaking when he gave the award to Manning, Trump remarked:

“Every president since Harry Truman has honored the National Teacher of the Year, and I’m proud to continue this tradition with this year’s recipient: Mandy Manning, of the state of Washington.”

Robinson has indicated that he will choose to highlight the need for equitable funding in schools, showcasing historically black colleges and universities, and promoting teaching as a profession.

The fact that Robinson is African-American and teaches juvenile offenders certainly suggests that Trump doesn’t wish to give any extra attention to the plight of minorities in the United States. And it fits perfectly with his desire to appease his base supporters as he seeks re-election next year.