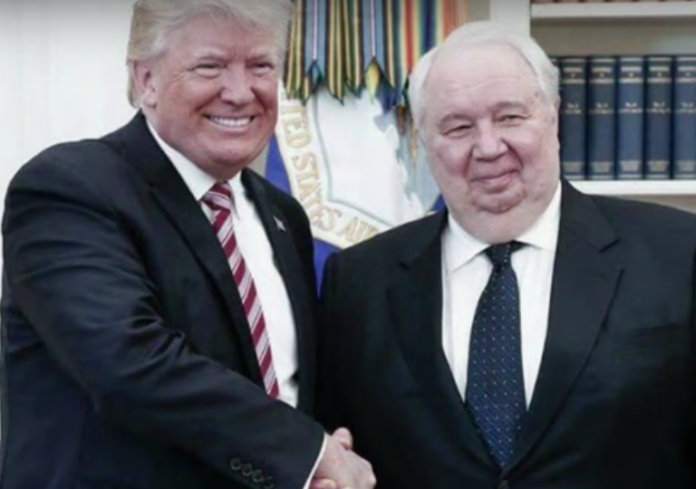 President Donald Trump’s decision to leak classified intelligence to the Russians inside the Oval Office in 2017 reportedly had dire consequences that forced the extraction of a high-level asset from Russia who had been working inside the Kremlin.

During an Oval Office meeting with Russian leaders in 2017, during which Trump bragged about taking the pressure of the Russia investigation off of himself by firing former FBI Director James Comey, he also startlingly leaked classified intelligence that had been provided by Israel concerning ISIS in Syria, where the Russians are also conducting operations.

Trump not only put the Israeli asset in danger, but he also caused the American intelligence community to fear for the lives of their own spies in the field, especially those in Russia.

Rather than wait for Trump to wittingly or unwittingly expose a top spy embedded within the Kremlin, the CIA reportedly extracted the asset.

In a previously undisclosed secret mission in 2017, the United States successfully extracted from Russia one of its highest-level covert sources inside the Russian government, multiple Trump administration officials with direct knowledge told CNN.

A person directly involved in the discussions said that the removal of the Russian was driven, in part, by concerns that President Donald Trump and his administration repeatedly mishandled classified intelligence and could contribute to exposing the covert source as a spy.

And this removal will have a negative impact on American intelligence gathering in the future.

“The impact would be huge because it is so hard to develop sources like that in any denied area, particularly Russia, because the surveillance and security there is so stringent,” a former senior intelligence official told the network. “You can’t reacquire a capability like that overnight.”

“CNN’s narrative that the Central Intelligence Agency makes life-or-death decisions based on anything other than objective analysis and sound collection is simply false,” a CIA spokesperson said. “Misguided speculation that the President’s handling of our nation’s most sensitive intelligence—which he has access to each and every day—drove an alleged exfiltration operation is inaccurate.”

The CIA lacks credibility here, especially since NOAA tried to support Trump’s claim that Hurricane Dorian threatened Alabama after being warned by administration officials not to contradict Trump. It should also be pointed out that the Pentagon is refusing to provide documents concerning the Air National Guard staying at Trump’s resorts, thereby covering up Trump’s corruption.

Clearly, nobody in Trump’s government can be trusted because they will always do whatever they need to do to protect him.

Trump’s close relationship with Russia and Vladimir Putin has made him a direct threat to our national security and our intelligence agencies, who can’t do their jobs properly if they are too worried that Trump will open his mouth and reveal classified information to our enemies. Now our country is without a valuable asset in the Kremlin who had been keeping us in the loop about Russian activities. And that is particularly bad as the 2020 Election approaches and Putin is poised to interfere again as he did in 2016.