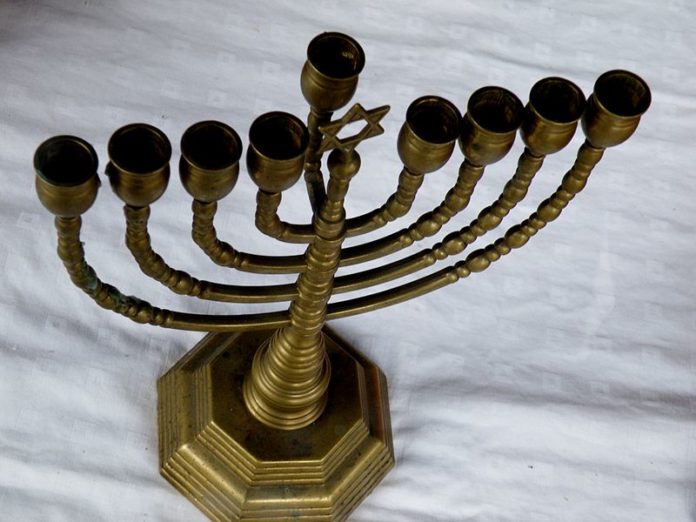 President Donald Trump pretended to care about Jewish people on Sunday by wishing them a happy Hanukkah on Twitter, but considering his tolerance of Nazis, Twitter users were having none of it.

After over 24 hours of glorious silence from Trump on social media, he returned by having the gall to mark the start of Hanukkah.

This week, Jews around the world will celebrate the miracles of Hanukkah. @FLOTUS Melania and I send our very best wishes for a blessed and Happy Hanukkah! https://t.co/LrnGcc86w4 pic.twitter.com/Kdjeyvkzmb

Unfortunately, Trump track record with the Jewish community is in shambles. After all, he called Nazis “fine people” as violence and murder broke out in Charlottesville, Virginia last year, incited an increase of violence by right-wing extremists, one of which murdered several Jewish parishioners in a Pittsburgh synagogue, and is putting identification numbers on the wrists of immigrants and placing them in internment camps even though Hitler did the same thing.

Clearly, Trump is unworthy of offering a Hanukkah message. And Twitter threw the book at him for it.

If we are lucky, there will be one indictment for each crazy night!

Hanukkah is about lighting the way and illuminating the best in each other. You extinguish the light and bring out the worst in humanity. Thanks but no thanks for your sentiment. #resign

Dear Donald, if only your hate speech hadn’t inspired the attack on the Pittsburgh synagogue and the murders there we might be able to believe there was even an incredibly tiny bit of sincerity in your post, but no one does for one second pic.twitter.com/LDEJK9p2hn

Did you mean to spell that Hanukkkah? Because you are the guy who said some Nazis are fine people, the guy who forgot to mention Jews on Holocaust Day, the guy who uses Soros as dog whistle. So this wish? BS. Shove it where light doesn’t shine for 1 day, let alone 8, Fat T.

You say this as if you haven’t incited violence and supported Neo Nazis, calling them “good people.” But, okay, lol.

As usual, Americans will have to turn to a real president for this year’s Hanukkah message.

Happy Hanukkah! Over these eight nights, we draw inspiration from light that can overpower any darkness, and recommit ourselves to building a brighter future for our families, our communities, and our world. Chag Sameach from the Obama family to yours.