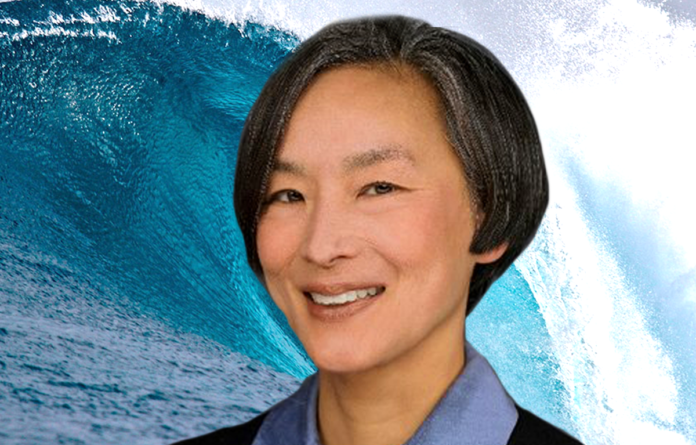 The momentum for the Democrats’ blue wave keeps growing, as a district in Pennsylvania comfortably flipped to blue for the first time since 1983 last night. Congratulations to newly-elected state Representative Helen Tai are certainly in order as she takes Pennsylvania House District 178, where Trump won 50-47 in the presidential election.

Her win brings the total number of state legislative flips to 42, while Republicans only managed to flip 3.

BREAKING: @giveemhelentai has won the special election for HD178 for the Pennsylvania House, flipping the seat from red to blue. Congratulations, Helen! pic.twitter.com/Gurl8uoRZA

With Tai’s win, a woman of color has been added to the male-dominated PA legislature, where 18 House members and two senators are male. Tai will replace GOP Rep. Scott Petri, who resigned to work as the executive director of the Philadelphia Parking Authority.

Helen Tai was prompted to run for office because she wanted to do something proactive instead of merely protesting:

“It was so frustrating. I thought, ‘You know what, I can do something.'”

She noted that the blue wave had carried her to an early victory and reflected on why:

Helen Tai is just one of the women who are likely to represent Pennsylvania in the House after the November mid-terms.

A host of other women won their primaries Tuesday, and in the Fifth Congressional District, a woman is certain to win in November, as both the Democrat and Republican candidates are women. The odds lean to the Democrat in the suburban Philadelphia district. Democrat Mary Gay Scanlon, a member of the Wallingford-Swarthmore school board will face off against Republican Pearl Kim, a lawyer.

The Fourth Congressional District could well be won by Madeleine Dean, a member of the Pennsylvania House of Representatives.

If the momentum for the Democrats and for women running for office continues, it seems highly likely a Democratic majority will be realized in the near future.

Featured image via Twitter and By NOAA via Wikimedia Commons/Public Domain.