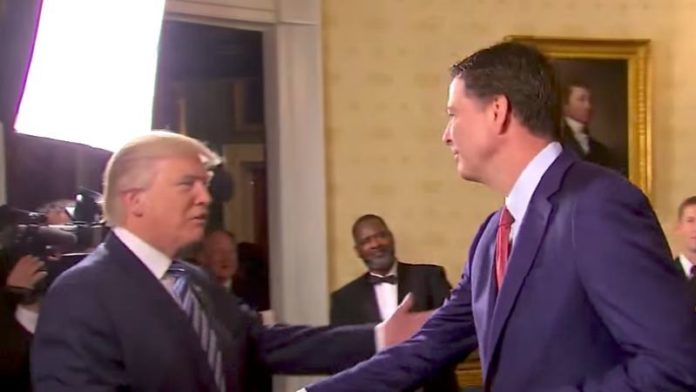 April 17, 2018 is a date that many White House staffers look forward to with great trepidation and concern. That’s the day of the official release of A Higher Loyalty: Truth, Lies and Leadership, the highly anticipated book by former FBI Director James Comey.

And while some in the administration think it might be a good idea to have a media strategy to counter revelations that may be contained in Comey’s book, they also realize that any talking points could be immediately destroyed by one tweet from President Donald Trump.

So what exactly does the GOP and administration do when it comes to the book? Ignore it? Attack it? People who’ve worked on previous White House staffs warn that being reactive instead of proactive could prove disastrous for the Trump team.

“The White House should recognize this will be a No. 1 nationwide bestseller. They cannot talk it off the bestseller list. Nothing they do will increase sales for it, they’ll already be sky high. That ship’s sailed. This book is selling, so there’s merit in responding and no downside in responding.

“This is just so red hot, the White House must respond itself, along with surrogates, but they can’t just rely on surrogates.”

Comey’s book is already close to the top of the Amazon best-seller list, a week before it’s even officially available in stores. That kind of anticipation and buzz will likely guarantee that the book sells well and dominates the headlines for weeks.

Even more troubling for the president and his aides is that the Comey book may featured explosive revelations that could goad Trump into incriminating himself with tweets or public remarks as his legal team prepares for him to possibly sit down for an interview with Special Counsel Robert Mueller. A former official from the Trump administration noted:

“It’s going to be something more damaging. Jim Comey is someone who is extremely dramatic, and he’s an extremely good storyteller. He’s someone who can drive a narrative and keep the camera’s interest.”

That same official said the press and communications offices of the White House should expect some dark days ahead:

“It’s just going to be another cross this comms and press shop has to bear when it comes to really, really shitty stories.”

The only possible way to counter whatever is revealed in the book, Fleischer remarked, is to find mistakes and highlight them:

Provided, of course, Trump doesn’t jump the shark and blow up that strategy with some boneheaded posting on Twitter.