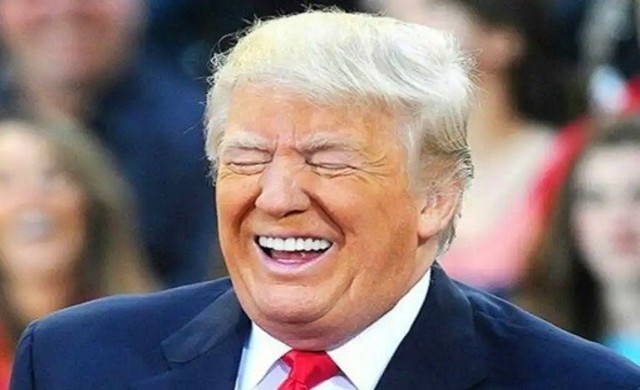 President Donald Trump loves to brag that he donates his official government salary of $400,000 a year, but that doesn’t mean that he isn’t making a fortune while serving as head of state, according to a new analysis of federal election spending records, HuffPost reports:

Not only have the U.S. and foreign governments spent money at properties owned by Donald Trump, but the president’s own political campaign and affiliated political committees have also spent about $16.8 million at his businesses since he launched his 2016 bid for the presidency

The majority of the money has come from (surprise!) the Trump reelection committee ($1.3 million), the Republican National Committee ($123,000), and the Great America PAC ($104,000), according to records reviewed by the Center for Responsive Politics.

Trump also manages to get a double benefit, according to a recent report from the Washington Post, which noted that when the president holds a fundraiser at one of his properties donors contribute money while also paying for room rentals and catering.

The most popular Trump properties for campaign events were Trump’s Washington hotel and his Mar-a-Lago golf resort in Florida.

In April, ProPublica reported that campaign and public expenditures at properties owned by the president had reached $16.1 million. And that figure seems likely to increase considerably as the 2020 election season heats up.

So the next time you hear Donald Trump say that he donates his presidential salary, keep in mind that his so-called generosity is nothing but another lie. He’s making a mint as head of state, and he intends to do so as long as he’s in office.

Whenever Trump says he’s not taking a government salary, remember this:
Government officials have visited Trump properties 1,502 times.
Trump has been president for 1,011 days.
That’s nearly 1.5 visits each day Trump has been in office. https://t.co/6tVDHb9DeB