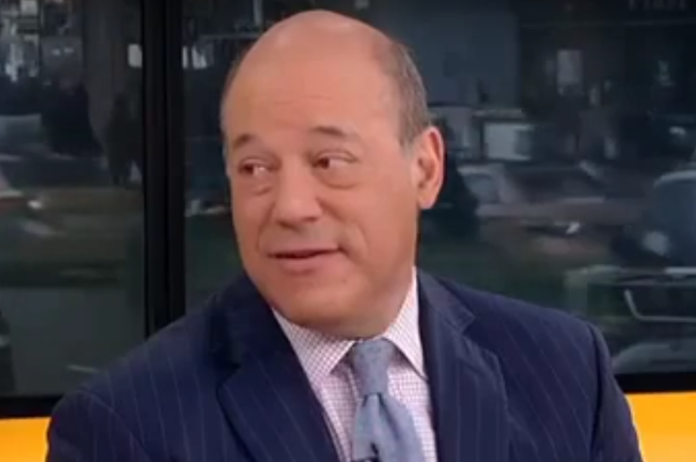 Fleischer tends to support the POTUS, especially when it comes to his often opposition to anything the Democrats say or do.

It has been a week since Trump declared the national emergency in a blatant scheme to build his vanity wall on the southern border. Trump made the announcement after signing a funding bill passed by Congress that provided $1.3 billion for 55 additional miles of fencing.

And it’s because of that bipartisan funding bill that Fleischer stated that Trump has no grounds to declare an emergency during an appearance on Fox News’ Outnumbered.

Host Harris Faulkner opened the segment by reporting that House Speaker Nancy Pelosi (D-Calif.) has introduced a bill denouncing Trump’s action and is urging lawmakers to sponsor it. So far, at least ten Senate Republicans support the bill and Senate Minority Leader Chuck Schumer (D-N.Y.) could force a vote on it once it passes the House. The bill would then go to the White House, which has already said Trump will veto it.

Trump’s veto could be overridden by Congress, but it would also put Trump in a terrible position heading into 2020 as the country sees Congress condemn his action, which would confirm that it’s not a real national emergency.

When asked what Trump should do, Fleischer said that Trump had no real reason to declare the emergency and endorsed the opposition bill.

“This is a hard one for me because I’m in a different spot on this,” Fleischer began. “I think if Congress had never passed an agreement on a budget to keep the government open the president would have been right to declare an emergency because we need to protect the border. Congress enacted a compromise and whether you like it or you don’t like it, Congress acted and the president signed it into law. I don’t think he had the right grounds to declare a national emergency here.”

“If you call something an emergency, it should be bipartisan,” he concluded.

More proof that Trump’s national emergency is fake is his immediate trip to Mar-a-Lago after announcing the declaration, where he played golf and ate omelets for the weekend. A real national emergency would be treated much differently, and has been by previous presidents who declared them. Trump is going to be humiliated by Congress when this opposition bill passes because this will be one of the rare times Congress has disagreed with the president that a national emergency exists.

Trump’s effort will also likely be blocked by the courts since 16 states have filed a lawsuit challenging the legitimacy of the national emergency. Trump would be better off acknowledging that he is wrong. Instead, he’s going to double down and give Democrats something else with to bash Republicans in 2020.