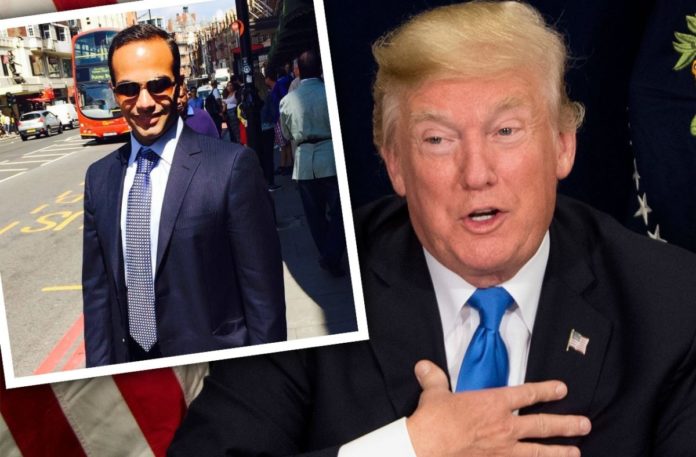 Former 2016 Trump campaign aide George Papadopoulos has a new tell-all book due out in March, and he promises there’s plenty of new details regarding what he knows about President Donald Trump’s alleged collusion with Russia.

Papadopoulos gave an exclusive interview to the DailyMail.com, and he said his book, entitled Deep State Target, is chock full of things only he knows about contacts between the Trump campaign and the Kremlin:

“Many people have talked about my story and the interactions that I had and my meetings and story, but I have never told them.

“There was only person who was in those very interesting meetings, if you will, and that was me.

“So I am going to give readers and the world a first time, first person experience with my book.”

Was the Trump campaign specifically targeted by Russia? The former campaign aide says it was:

“My narrative is about the truth and I am going to be focusing on most of the events surrounding who was targeting the campaign and why.

“That is going to cover the reasoning behind that and the actual interactions with the people who were targeting the campaign.”

The book is also a closer look at exactly what Trump knew and when he knew it, Papadopoulos told the DailyMail.

Papadopoulos, you may recall, made contact with Russian officials who said they had damaging information about 2016 Democratic nominee Hillary Clinton. But when questioned about this contacts, the former campaign aide lied to federal investigators and was charged with false statements. Papadopoulos later pled guilty to one count and was sentenced to 12 months in jail, only 14 days of which he actually served in lock up.

The one-time energy consultant also told the British website that he respects the coverage he’s received in the media, but has details other reporters didn’t have access to:

“I think I am the only person who can tell the story the way it went down, because I am the one who the story was about.

‘I respect the New York Times, Washington Post, the New Yorker – they have written profiles on me, front page stories , but no one has been able to cover it the way that I am expecting to.”