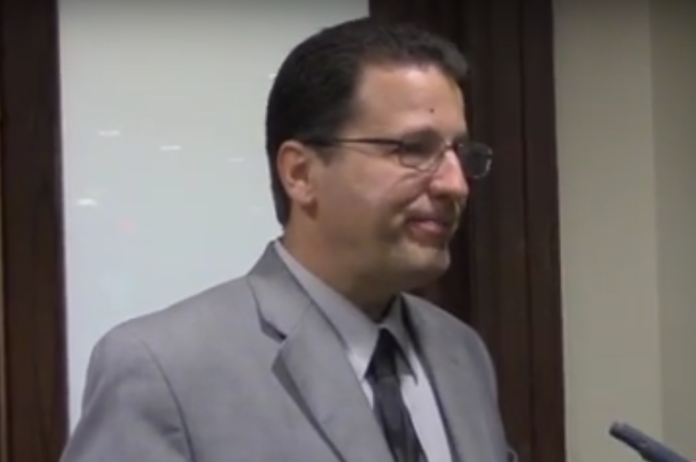 Arkansas GOP House Rep. Stephen Meeks cowardly went into hiding this weekend after posting a tweet suggesting the poor are lazy and only have themselves to blame for being in poverty.

Meeks represents the 67th District in Arkansas, which includes the entirety of Faulkner County, of which 12.5 percent of the population lives below the poverty line. Many of them probably even voted for Meeks, but they now have a reason to change their minds next time he is up for re-election.

Over the weekend, Meeks claimed that being poor is a “choice” and said a homeless person could easily go to school to become a truck driver and become a millionaire in 20 years.

“Being poor in America is a personal choice unless there are mitigating circumstances,” he wrote. “A homeless man can go to school, get a job driving a truck making $70k per year and in 20 years become a millionaire. In America, you can work hard and change your future – if you chose.”

This is yet another example of Republicans admitting that they hate poor people.

Screenshot of Arkansas representative Stephen Meeks tweet. He’s since protected his account. please feel free to RT at will! pic.twitter.com/2MjpLG7Zxy

His tweet went away, but the outrage continued as Twitter users mercilessly shamed him for his remarks and mocked him for hiding.

BTW, 23.5% of all children in Arkansas live below the poverty line.

Median income for Faulkner County: $45,946. 14k less than the national stat. 7.9% of families & 12.5% of the population is below the poverty line. That counts Conway, though, which is not in your district. Yours is poorer.

Here’s an idea. Lets repossess Meeks’ home, empty his bank account, leave him on the street, and see how soon he becomes a millionaire.

lol his convictions are so strong he had to delete them

If I wanted to become rich, I would simply take personal responsibility by finding a magic lamp and asking the genie inside to make me a millionaire.

Being ignorant in America is a personal choice.

A man with no information can get on the web, ask a question in a search bar, get 70k pages of facts, and in 20 minutes become informed.

In America you should have to think hard and change your opinion – if you choose. https://t.co/NEn01CXjVM

Arkansas State Representative Stephen Meeks is a coward. You can’t tweet that being poor is a choice and then make your account private when the people of Arkansas respond back. Own up to your mistakes. You were wrong and you know it.

Stephen Meeks wants people to become truckers, but voted against the ACA that truckers would need to cover pre-existing conditions they developed from driving.

If it were easy to become a millionaire, everyone would do it. But it’s not, especially since we all have bills to pay and wages are too low. And education costs tens of thousands of dollars, meaning students start off in debt. Meeks is assuming that people who become a truck driver are saving that $70,000 a year.

If they were able to actually do that, they would have $1.4 million after two decades. But the reality is that people have bills to pay and they have to eat and provide for their families. It should also be pointed out that not everyone can become a truck driver. There’s just not enough positions available.

Meeks’ statement is offensive and ignorant, and he owes the people of Arkansas a public apology and his immediate resignation. Because as much as Republicans don’t like it, poor people vote, too.