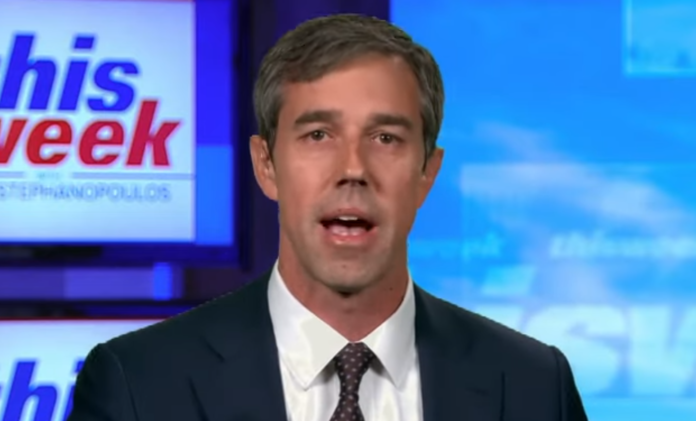 Democratic presidential candidate Beto O’Rourke said Sunday that President Donald Trump’s criminal actions extend far beyond those detailed in the report from Special Counsel Robert Mueller and he believes Trump must be held accountable for his misdeeds.

Appearing on “This Week,” the former Texas congressman was asked by host George Stephanopoulos if he thought Trump had committed crimes that needed to be prosecuted. O’Rourke remarked:

“I think that’s clear from what we have learned from the Mueller report. But I think those crimes might extend beyond what we’ve seen in the Mueller report. Using public office for personal gain for himself and for his family, the — the relationship that he has with — with Vladimir Putin, which has never been properly explained from the invitation as a candidate to have Russia involve itself in our elections, his efforts to obstruct justice, the fact that he called Vladimir Putin after the Mueller report was released, called it a hoax, thereby giving him a green light to further participate in our democracy and in our elections.”

O’Rourke added that if Trump isn’t held accountable for his actions, it will set a very dangerous precedent:

“If we do not hold the president accountable we will have set the precedent that some people in this country, because of their position of power, are in fact above the law. And if we do that, we will lose this democracy forever. So regardless of the popularity of the idea or what the polling shows us, we must proceed with impeachment so that we get the facts and the truth and at end of the day there is justice for what was done to our Democracy in 2016 and the other potential crimes that this president has committed.”

The Constitution clearly states that no one is above the law in this country, not even the Commander-in-Chief. That’s why Congress needs to get busy and open an impeachment inquiry so that everyone can see the full extent of Donald Trump’s crimes.

If we fail to act, we risk turning our representative democracy into a tyrannical state.