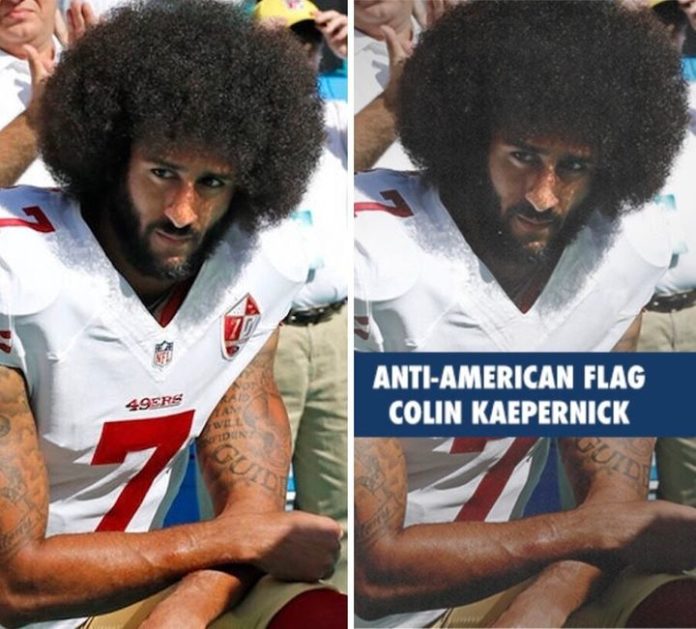 A fundraising email sent out by the National Republican Congressional Committee (NRCC) has generated accusations of blatant racism against the GOP as it appears to depict former NFL quarterback Colin Kaepernick with darker skin than he actually has.

According to Yahoo News:

Former NFL star Colin Kaepernick did not look like himself in a fundraising email that was sent by the National Republican Congressional Committee on Wednesday. The message included a picture of Kaepernick that appeared noticeably altered to make his skin darker, an attack ad tactic that has been used before and is considered by many as racist.

One Democratic operative who saw the NRCC’s Kaepernick ad described it as “disgusting.”

“House Republicans are running on racism, plain and simple. It’s disgusting, it’s offensive and it should be fireable, but there’s no accountability in the Republican Party,” the operative said.

Here’s the ad in question: 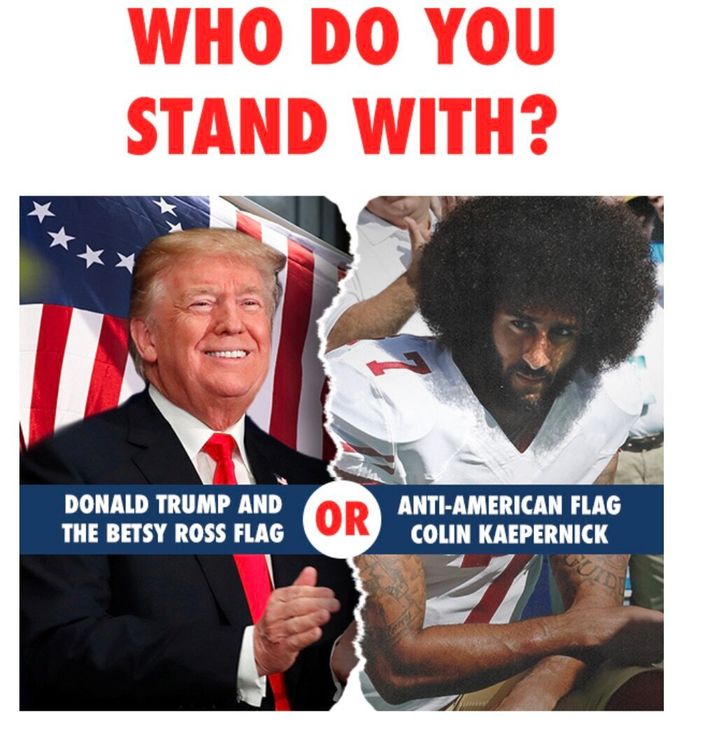 A side-by-side comparison of the original photo with the one used in the Republican email does indeed appear to show that the picture has been altered: 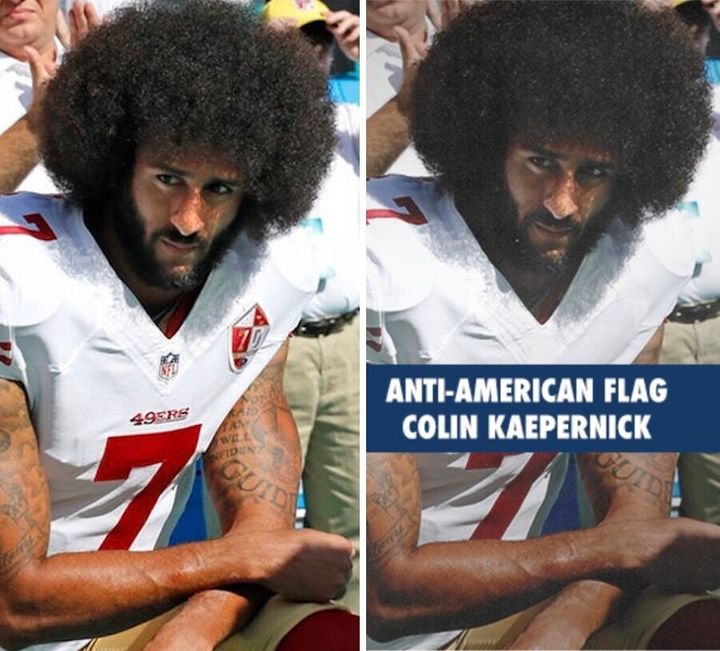 NRCC communications director Chris Pack denied that anything had been done to make the former NFL star’s skin appear darker:

“The photo was not darkened.”

This isn’t the first time makers of political ads have been accused of making the skin of African-Americans darker:

In 2015, a study of negative ads that aired against Barack Obama in the 2008 election showed that the campaign of Republican candidate John McCain consistently darkened Obama’s skin in commercials. That study also showed McCain’s skin was lightened in some ads and found those images appealed to “stereotypes” and negatively affected some voters’ impressions of Obama.

The current administration has also trafficked in racist stereotypes, with President Donald Trump referring to Mexican immigrants as “rapists” and suggesting that immigrants seeking asylum in the United States are members of gangs or “animals.” For years, Trump also tried to suggest that former President Barack Obama had not been born in the United States.

With the 2020 election expected to be one of the closest and most contentious in history, we can expect more of these disgusting racist dog whistles from Trump and his party.