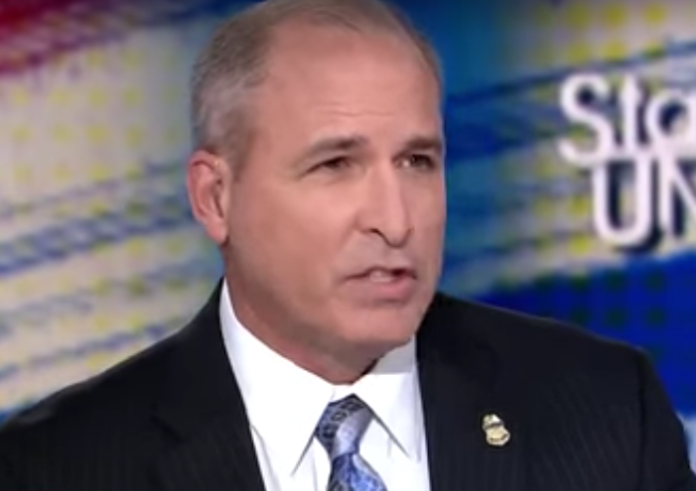 The ICE raid in Mississippi on several chicken processing plants that resulted in 680 arrests has drawn cries of hypocrisy as President Donald Trump’s own businesses get away with hiring undocumented immigrants, something CNN anchor Jake Tapper grilled the Customs and Border Patrol (CBP) commissioner about on Sunday.

The raid itself left children crying for their parents and many of those who were taken into custody were American citizens. But Trump ordered what is now the largest ICE raid in history this week even though he defended his own businesses hiring undocumented immigrants.

“It’s a way people did business,” Trump said in response to a bombshell Washington Post report exposing two decades of shady Trump hiring practices, such as those practiced by one of his golf resorts.

On Sunday, Tapper put the screws to CBP commissioner Mark Morgan, who had been the head of ICE prior to Trump appointing him to his new position, demanding to know why Trump’s own properties have not been raided.

“So the Washington Post reported that eight Trump organization properties have employed whether you call them illegal or undocumented immigrants,” Tapper began. “And this is one of many headlines about undocumented immigrants working for President Trump properties; construction crews, working at his properties or golf clubs. There have been zero raids on any of those companies despite headline after headline. It’s like you are turning a blind eye to this crime being committed by the president’s own companies.”

Exactly, it seems like federal immigration agencies are ignoring Trump’s businesses while targeting others.

Of course, Morgan tried to evade the question before claiming to be offended by Tapper’s line of questioning.

“I’ve been in law enforcement for over 25 years so first of all again I’m the commissioner of CBP, ” Morgan said.

“I understand, but you were head of ICE until recently,” Tapper reminded him and the viewers at home, putting Morgan on the spot.

“That is correct,” Morgan admitted. “But I could tell you is, is that in my 25 years, I take offense to say anybody is violating the law. I’ve been doing it for a long time and have never known anybody in law enforcement to turn a blind eye to someone committing a crime.”

If that’s the case, why isn’t ICE raiding Trump’s properties right now? And if they find undocumented immigrants, that would mean Trump is breaking the law and should be arrested.

Let’s face it. Even if there were investigations, Trump is in position to kill them. He is using the presidency to punish people and create chaos and fear while flouting the law himself. Businesses across the country are now being held to a standard that Trump won’t hold his own businesses to, and that’s hypocritical and illegal. Once again, Trump thinks he is above the law because he’s president.