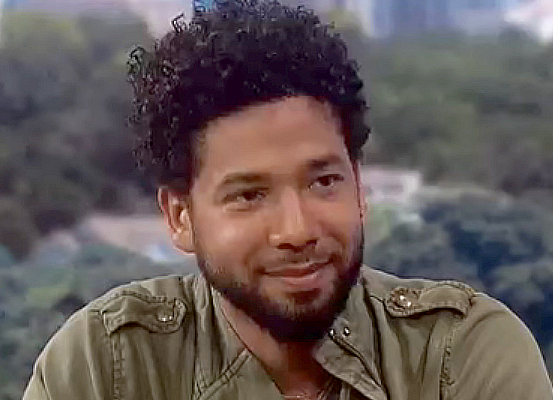 Outrage ensued in Chicago and across the Internet on Tuesday after Cook County prosecutors dropped all charges against actor Jussie Smollett.

Smollett had been indicted on several felony counts for allegedly faking a hate crime to enhance his career, and had been awaiting trial, a trial he wanted to clear his name.

But in a surprising turn of events, Smollett’s attorneys announced that charges had been dropped against their client and his record “wiped clean.”

“Today, all criminal charges against Jussie Smollett were dropped and his record has been wiped clean of the filing of this tragic complaint against him,” lawyers Tina Glandian and Patricia Brown Holmes said in a statement. “Jussie was attacked by two people he was unable to identify on January 29th. He was a victim who was vilified and made to appear as a perpetrator as a result of false and inappropriate remarks made to the public causing an inappropriate rush to judgment.”

However, that’s not the view of Cook County prosecutor Joe Magats.

State attorneys said that Smollett will do community service and has forfeited his $10,000 bond to the city.

“I think this city is still owed an apology,” Chicago Police Department chief Eddie Johnson said before accusing Smollett of brokering a deal to “circumvent the judicial system.”

Emmanuel added that Smollett undermined hate crime laws and that real victims will suffer the consequences for his actions.

You know who else is angry that a black gay man got off after allegedly committing a crime? Conservatives.

You can be a Democrat and get away with anything

It is this sort of bulls*** that makes a mockery of the criminal justice system. They didn’t even pry an apology out of this jackass. https://t.co/2Co6SQbZAT

– Believe you are above the law
– Commit idiotic crime in full public view
– Deny that you ever committed that crime
– Media runs cover
– Overwhelming evidence proves that you are guilty
– Demand special treatment
– Receive special treatment from Liberal prosecutors
– Walk free pic.twitter.com/IToKsCwBpM

Hate crimes are unacceptable and so are fake hate crimes. Charges dropped for Jussie? Really?

It should be pointed out that President Donald Trump has not been exonerated for committing obstruction of justice but conservatives aren’t complaining about that, nor has Trump apologized for anything.

Can you guess what the difference between Trump and Smollett is?

The fact is that if conservatives want to complain about the justice system they should start by looking in a mirror and being ashamed of themselves for constantly attacking it over imaginary liberal bias when one of their own is being investigated only to whine when a black celebrity also gets away with an alleged crime.

Smollett should certainly have to pay for what he’s done and he should apologize. But so should Trump.