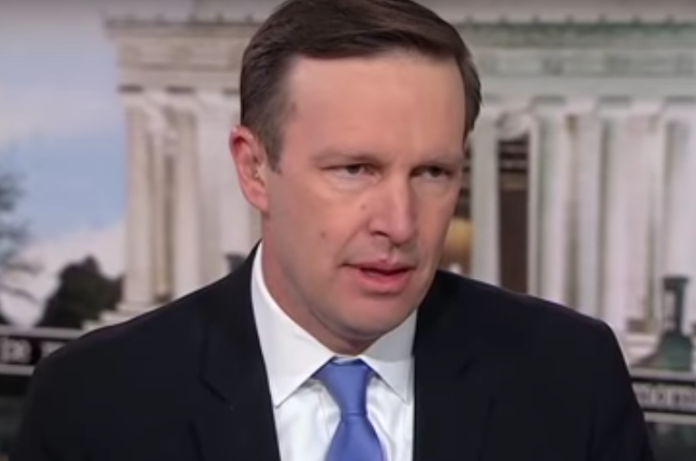 The families of the Sandy Hook mass shooting victims are still being harassed and accused of faking the deaths of their own children, who would be teens today. And Senator Chris Murphy D-Conn.) blasted tech companies on Tuesday for not doing more to stop the conspiracies.

Sandy Hook father Jeremy Richman took his own life this week after years of grief over the death of his daughter, who tragically lost her life to gun violence at her Connecticut elementary school in 2012.

Ever since that horrible day, Richman has been fighting for tighter gun laws to prevent future mass shootings to no avail as Republicans continue to block gun control efforts while merely offering “thoughts and prayers” after each and every new shooting.

In addition to his grief, he had to deal with right-wing goons like Alex Jones claiming that his daughter is still alive and that the Sandy Hook shooting was just a “hoax” to justify seizing all guns.

Richman dealt with his grief and these vicious attacks for seven years until he couldn’t anymore.

Now he is gone along with two Parkland shooting survivors who have committed suicide in the last two weeks.

Murphy appeared on Morning Joe and discussed the “heartbreaking” tragedies and noted that these mass shootings have “ripple effects” that continue for decades and sometimes lead to even more tragedies.

But he saved his biting words for Jones and others who perpetuate the conspiracies claiming that mass shootings are “false flags,” including tech companies like Google and Facebook that allow these conspiracies to thrive.

“I’ll use his name, we’re talking about Alex Jones,” Murphy said. “And the fact of the matter is that the companies that allow people like him, conspiracy theorists, to be able to purvey lies have a responsibility. There is no constitutional duty on an Internet company to allow somebody to terrorize parents in mass tragedies like Alex Jones did for so long.”

Murphy said that while the Sandy Hook families have filed a lawsuit against Jones, more needs to be done.

“The Newtown families are proceeding with a court case to try to hold him accountable, but the companies that allowed for this nonsense, this garbage, to be spread around the Internet, have a responsibility and a duty themselves to do something earlier than they did in the case of Infowars,” Murphy continued. “I wish these parents could shut it all out but they can’t. Some of them have frankly turned to chasing down these conspiracy theorists as a full-time job. Because they see it as their responsibility to make sure everyone knows what happened to their child.”

Parents should not have to deal with people screaming at them every day that their child is somehow still alive and that they really weren’t killed by gun violence. This is the ultimate insult to injury and it’s resulting in some being pushed to suicide. This nation has a responsibility to act, not only to protect the families of those killed in mass shootings, but to prevent mass shootings in the first place by doing something real about our weak gun laws.

The House of Representatives have already passed a pair of background check bills that do not infringe on any law-abiding citizen’s right to purchase a firearm. But what the bills do is require a background check on every gun purchase while extending the amount of time a dealer has to wait for a background to be completed before selling a gun to a buyer.

It’s time for Republicans to pass this bill in the Senate and for President Donald Trump to sign it. Because preventing mass shootings will prevent the devastating ripple effects that come after them.