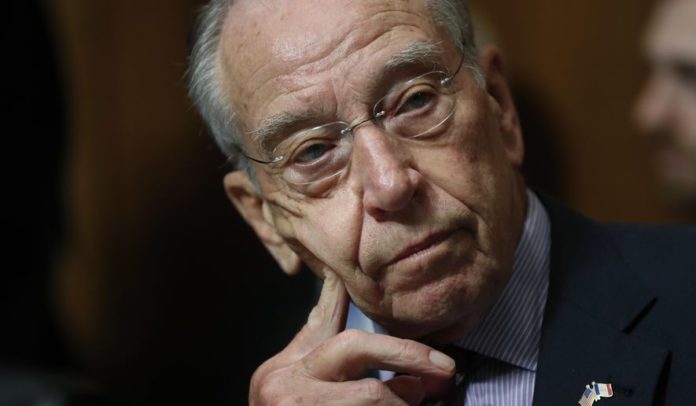 Senator Chuck Grassley (R-IA) is furious with American taxpayers who complain about their greatly reduced tax refunds thanks to the infamous tax scam bill passed by Republicans in 2017.

According to Politico, many Republicans are frustrated with the complaints they’re getting in their offices from constituents who feel they were lied to and were expecting a significant tax cut, only to find that their refunds have shrunk or they owe the IRS thousands of dollars.

“As we have noted, data this early in the filing season has many aberrations and isn’t useful in drawing broad conclusions on refunds overall. There are many factors that impact refunds on a weekly basis that will normalize over time and lead to useful conclusions.”

For his part, Grassley decided to pen an op-ed with Rep. Kevin Brady (R-TX) in which he suggested taxpayers didn’t understand the basics of tax withholding:

“The size of your tax refund has nothing to do with your overall tax bill. It merely reflects what you overpaid the IRS in your paychecks last year.”

“Isn’t it kind of stupid to look at a refund, what your refund is? That doesn’t tell you what taxes you pay.”

Oregon Senator Ron Wyden (D-OR), who serves on the Senate Finance Commitee, says Republicans thought they could pull a bait and switch on Americans and no one would be the wiser:

“Republicans deliberately made a decision to goose the tax bill so they could get credit in the fall of 2018 and in effect saying it’s a long time until the spring of 2019 and maybe everybody would forget. I’m not forgetting.”

The Washington Post warned this week that the GOP could wind up paying a hefty political price for their disastrous tax bill:

“There is no argument the Republicans can come up with to get around this reality. It’s not just that getting into arguments with people about human nature is a loser’s game. It’s that the GOP tax scam was always designed to benefit one group and one group only — the richest and wealthiest among us. Little wonder majorities of Americans say they support raising taxes on the highest earners and the wealthiest Americans. They know they’ve been had.”

Once again, we see that Republicans never learn from past disasters when it comes to massive tax cuts for the wealthy. And that means they own the mess they’ve created.