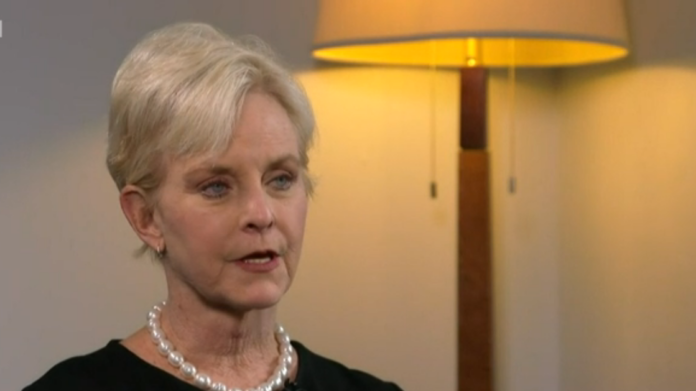 Cindy McCain, widow of the late Arizona GOP Senator John McCain, says she’s not sure she can “ever get over” comments President Donald Trump made about her husband not being a war hero because he had been a prisoner of war.

In an interview she gave to the BBC, McCain noted that Trump’s comments had been hurtful:

“I thought it was inappropriate and wrong, I really did. It hurt the family, too. He hurt the other men that served with John.”

As for forgiving Trump, McCain said she doesn’t think that will ever happen:

The BBC interviewer also asked if McCain could see herself voting for Trump in 2020. To that, she replied:

“I can’t answer that right now. I think at this point, I’d like to see some softening of the rhetoric, I really would. It’s hurtful.”

Mrs. McCain went on to add that she’s heard rumors that Trump won’t run for re-election in two years, despite having formally launched his 2020 campaign:

In 2015, Trump said this about the late Arizona senator, who was shot down over Vietnam and imprisoned for almost six years in the infamously harsh “Hanoi Hilton” POW prison, where he was repeatedly tortured. McCain spent two of those years in solitary confinement:

“He’s not a war hero. He was a war hero because he was captured. I like people who weren’t captured.”

Trump, it should be noted, avoided service in Vietnam by claiming he had “bone spurs” in one of his feet, though he was unable to recall which foot when asked about his so-called injury years later.

The president has also attacked McCain on Twitter over the years:

Democrats are laughingly saying that McCain had a “moment of courage.” Tell that to the people of Arizona who were deceived. 116% increase!

The Veterans Administration is in shambles and our veterans are suffering greatly. John McCain has done nothing to help them but talk.

Considering all of the vile things Trump said about a man who served his country with honor, why should Cindy McCain — or any American — ever forgive this disgusting, deplorable little man?