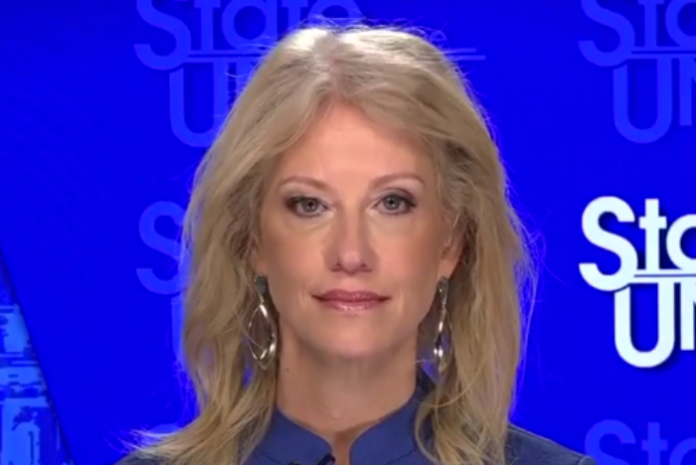 White House counselor Kellyanne Conway repeated President Donald Trump claim that Democrats are to blame for the deaths of two migrant children in Border Patrol custody, and was promptly called out by CNN host Dana Bash on Sunday.

The first death occurred three weeks ago when a 7-year-old girl from Guatemala died from dehydration after spending hours in custody before Border agents finally took her to the hospital for treatment. But they waited so long that it was too late.

And on Christmas Eve, an 8-year-old boy died from Influenza B after days of being in custody until Border agents finally noticed he was seriously sick. Again, treatment apparently came too late.

Despite the lateness of seeking care for the children in both cases, Trump chose to blame their deaths on Democrats in an especially galling pair of tweets:

Trump’s response to the deaths have stirred national outrage and disgust as his strict border policies continues to put great strain on an undermanned Border Patrol.

Despite the backlash, however, Conway doubled down during an appearance on CNN, claiming that Democrats are holding up border security funding when the fact is that Trump refused to sign a perfectly good spending bill that funded border security without his wall.

“Kellyanne, I want to talk about that policy in a minute,” Bash interrupted before calling out Trump trying to turn the deaths into a political weapon and failing to express empathy or sympathy for the children. “But the idea that the president’s aides, now you’re one of them, have said that they have empathy for the deaths of children, who are coming across the border with their parents, but the president hasn’t. The only thing he has said is something that is very political and, frankly, misleading with regard to Democrats being culpable for the deaths of children.”

Indeed, Democrats were not the ones who shut the government down, nor were they the ones who enacted such draconian border policies. That’s all Trump, who created a crisis at the border by not getting Border Patrol the manpower and technology it needs to monitor the border, have better medical screening, and process migrants in a timely and orderly manner.

Plus, it should be pointed out that Border Patrol agents have been destroying water supplies left for migrants that could have saved the life of the little girl.

“It’s also important to note that the president tweeted not just that Democrats are responsible but that they were ill before they were coming over and his own government, the CBP (Customs and Border Patrol) has said in several statements that they tracked them and that that’s not the case.”

“I don’t like some of the Democrats using these deaths as political pawns,” Conway sneered in response.

“Isn’t that exactly what the president just did?” Bash fired back.

Of course, Democrats have been all too happy to offer billions of dollars for improved border security such as for technology and extra manpower and money for repairs to existing barriers, just not Trump’s wall, which would do nothing to stop illegal immigration or illicit drugs.

Furthermore, it has to once again be pointed out that Trump had a $25 billion offer from Democrats on the table and he rejected it over the summer because he refused to compromise by signing legislation to reinstate DACA to protect “Dreamers.” And the bill unanimously passed by the Senate before Christmas would have funded the government through early January, including Border Patrol. But Trump rejected it because he didn’t get $5 billion in wall funding, which would not even be enough to build it anyway.

And this shutdown will only make the border crisis he created worse because now Border Patrol agents are working without pay, and that won’t last long since people have bills to pay. It also robs agents of resources, and it could very well result in more deaths. So Trump is not only to blame for the shutdown, he has the blood of these children on his hands. It’s clear that he is desperate to wash it off by trying to blame Democrats, and Conway should be ashamed of herself as a mother for helping him scrub.