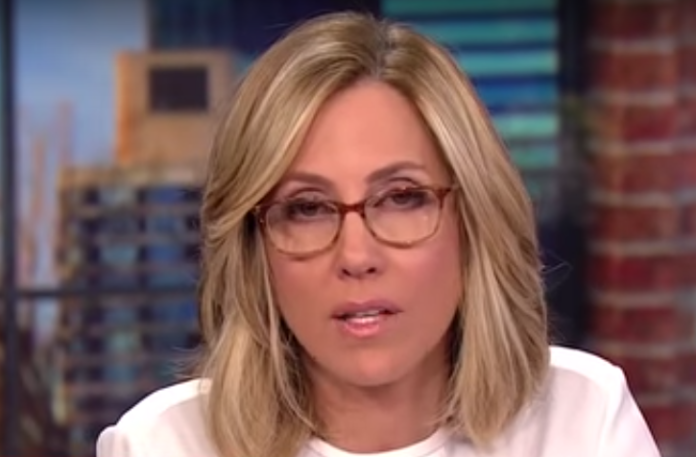 Rep. Mike Turner (R-Ohio) walked into a buzzsaw on Tuesday morning in the form of CNN host Alisyn Camerota when he attempted to accuse House Intelligence Committee chairman Adam Smith (D-Calif.) of lying to the public about President Donald Trump’s 2016 contacts with Russia.

Even though Special Counsel Robert Mueller (a Republican) somehow concluded that Trump did not collude with the Russians, Schiff has repeatedly said that there’s evidence of collusion.

And now Republican leaders are using the Mueller report to call for Schiff and the committee to stop their own investigation.

Turner, a Trump apologist, and supporter, appeared on CNN to slander Schiff as a liar, only to be called out by Camerota because the full report has not been released and several Trump associates have lied about their contacts with Russians since the election.

“This is the part that is confusing,” Camerota said. “Until we see the Mueller report — why then all the lying and subterfuge?”

“From the Trump orbit, why did so many people, if there was no conspiracy, and that’s what Robert Mueller, and I agree with you, concluded, why all the lying?” she asked. “Why did they not admit, why was the Air Force One statement misleading and false that they crafted? Why did so many people lie that they’re now going to prison about it? Why all the subterfuge?”

Indeed, Trump drafted a letter for his son Donald Trump Jr. to explain a Trump Tower meeting with Russian agents in 2016 as being about adoption when it was actually about procuring information from the Kremlin to use against Hillary Clinton. How that’s not collusion or conspiracy is a good question.

“You have to ask them that,” Turner replied. “But the one thing that is important about your question is no one was lying about collusion. The people who are going to jail are lying about financial transactions they were doing, business meetings.”

“Meetings they had with Russians,” Camerota responded.

“No one is going to jail because they lied about collusion or cooperation before Congress or in any aspect of this investigation,” Turner said. “So that is a misrepresentation of what has happened. That’s why Mueller is able to say there is no evidence of it and no one was prosecuted for it.”

Actually, the only ones saying there’s no evidence are Republicans. There’s evidence of collusion, just apparently not enough to recommend charges, which again, is something Mueller is going to have to answer for in Congress when he is ultimately subpoenaed.

And why lie if they didn’t do anything wrong?

In the end, Turner just went back to attacking Schiff and insisting that there’s nothing to see here and we should all just move along as if Trump had never directly looked into the cameras and asked Russia point-blank to hack Hillary Clinton’s emails.