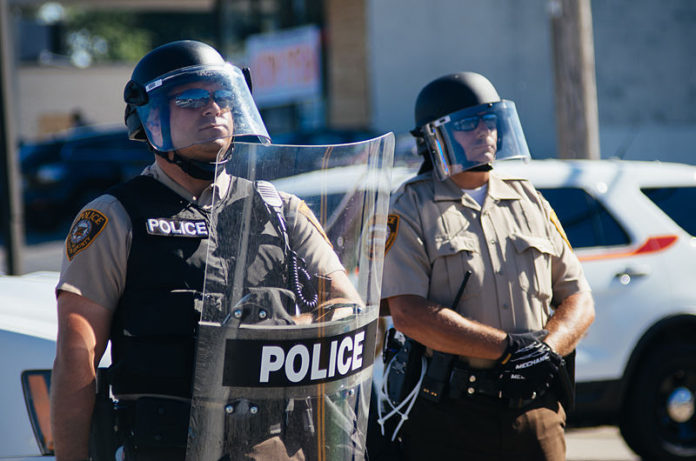 Alt-right agitators have shaken the city of Portland, Oregon in recent months. Protests, parades, and actual murders have taken place across the region, sometimes met with enthusiasm by other right-wing extremists. Some legal scholars agree that the Constitution tolerates hate speech, and considers that individuals have the right to peaceably assemble and disseminate their messages of hate free from harassment. However, it seems not all justice is being served impartially.

Portland, Oregon, official says report that a police commander exchanged friendly text messages with a leader of far-right protests that have rocked the city confirms collusion exists between some police and right-wing extremists. https://t.co/Xkk4iaD318

According to a new NBC report, texts show friendly correspondence between law enforcement and right-wing extremists, leading some to accuse the police department of preferential treatment:

“In one text reported by the newspaper, [Lt. Jeff] Niiya tells [Joey] Gibson that he doesn’t see a need to arrest his assistant, Tusitala Toese, who often brawls with antifascist protesters, even if he has a warrant, unless Toese commits a new crime.”

To break that down, the Portland police department sees no reason to arrest an extremist with a warrant who frequently brawls with counter-protesters. The texts reveals a level of collusion between police and protestors previously unthinkable, and break the idea of the police as impartial enforcers of justice.

With the neutrality of the police on the line, another police lieutenant offered their take on the situation:

“It is not uncommon for officers to provide guidance for someone to turn themselves in on a warrant if the subject is not present,” Lt. Tina Jones said.”

However, many aren’t buying it, and aren’t that surprised by the idea of police forces coddling far-right extremists.

Some expressed extreme skepticism regarding Portland police’s attempts to salve the wound following the release of the reports.

Bad news: The Portland police may have helped a violent nationalist avoid arrest.
Good news: The police will hold a "listening session" to hear your thoughts on whether they should have done this! pic.twitter.com/eKRxtzc76Q

And the author of the initial report says that it has caused backlash against the police, and calls for more thorough investigation into police misconduct.

City officials are calling for an independent and internal investigation of @PortlandPolice communications with right-wing groups after my story this morning. Statements from @tedwheeler and @JoAnnPDX: pic.twitter.com/5BVIELmNwG

Ideally, police forces are supposed to protect all citizens in a given area, but in Portland, it appears, they are much more sympathetic to one side than the other.