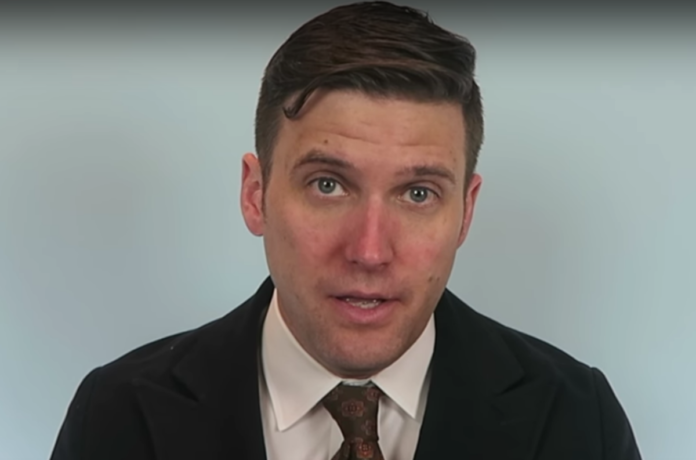 Nazi leader Richard Spencer, a speaker, and an attendee at the white nationalist march in Charlottesville, Virginia in which a counter-protester was murdered, is so broke that he is pleading for people to send him money to pay his legal bills.

In a video posted to YouTube on Friday, Spencer delivered his pitch to his followers.

“I am under attack and I need your help. Some of the biggest and baddest law firms in the United States are suing me, along with some other prominent figures, in civil court.”

Spencer explained that he’s being sued because of the actions of the “Unite The Right” rally that occurred last August.

You know, the same rally that featured Nazis and white supremacists protesting against a statue of Confederate General Robert E. Lee being removed.

The same rally in which Nazis assaulted peaceful counter-protesters and killed Heather Heyer with a car by crashing the vehicle into a group.

The same rally that President Donald Trump claimed had a lot of “very fine people.”

Well, Spencer doesn’t think he should be sued, which is why he filed a motion to dismiss the lawsuit in court himself because no lawyer in Virginia, or anywhere really, wants to represent him.

The other side, however, is represented by the Southern Poverty Law Center (SPLC), which specializes in filing lawsuits to take down racist a**holes like Spencer. It’s president, Richard Cohen, said when Spencer filed his motion in January that:

“Our lawsuit seeks justice and compensation for the victim of this brutal hate crime. We also hope that the monetary damages will be sufficient to put the organization out of business and send a strong message to other hate groups and their followers that this type of racial violence will not be tolerated.”

Heyer’s death was tragic and the “Unite The Right” rally and its organizers should be held responsible. But Spencer believes it’s all just one big conspiracy against him and those like him.

“This case is a conspiracy theory in the truest sense of that term. This is a mockery of justice. Put simply, they want to shut me — and all of us — down.”

Spencer isn’t the only racist who is having a hard time paying the bills. The owners of white supremacist website Stormfront are on the verge of shutting down permanently after they lost readership and their web host after the site was booted off the Internet in the wake of the violence at Charlottesville.

The site found a new host, but the bills are just too much.

Frankly, Spencer cannot expect to be able to inflame a hate rally with his hate speech and not be held responsible when one of his white nationalist fans kills someone. While he can’t be held criminally liable, he can sure be sued in civil court for damages, which could be enough to render him penniless, which would cripple his ability to spread his hate.

And that’s a good thing.