The United States Blues
Home News Trump Wants To Call In To Fox & Friends Every Month –... 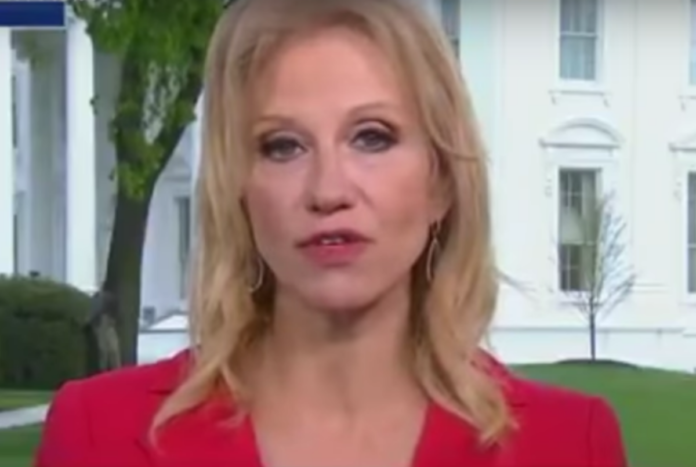 Despite the disaster his interview with Fox & Friends caused for his legal team last week, President Donald Trump wants to phone-in to the program every month, according to White House counselor Kellyanne Conway.

As you may recall, Trump’s ranting and raving causing the Fox & Friends hosts’ moods to change as the interview went on, resulting in them ending it as if they were trying to get rid of a crazy person on the line.

Trump whined about former FBI Director James Comey, threatened to involve himself in the Justice Department, admitted that Michael Cohen represented him in the Stormy Daniels case, attacked Hillary Clinton and whined about the 2016 Election again, and gave himself an “A+” for job performance. And that’s just a few of the topics Trump covered.

He would have continued, but the hosts were clearly eager to get him off the phone.

And that’s why it’s funny that they would ever want a repeat of that interview every month.

During her appearance on the least trusted network the next day, Conway praised Trump’s interview and said that he wants to do it again monthly. She told the hosts that:

“The president had a great time bringing his case to the American people, as he does on social media and these bilateral Q&As and certainly on the South Lawn and press pool sprays and other interviews, and the president said he would like to perhaps come once a month as news breaks.”

Steve Doocy even yelped in excitement over the news. Conway continued:

“Pretty much a monthly basis. Back in the private sector he was on every week, every Monday. At certain times, same time every weekend, he was going through 15 or 20 minutes of his view on policy. Many people went back to listen to the interviews for clues as how he might govern as the president and his issues of the day.”

Indeed, Fox & Friends did talk to Trump every Monday on the phone before he announced his candidacy for president in 2015.

“I had to credit him yesterday, I said, ‘You didn’t even put a semicolon in there — you covered so much territory,’ that he leaves the rest of us cold in terms of our analytical and conversational skills. The president was able to cover so much ground with you yesterday and appreciated the platform because it connects him with the American people, not just on Fox News, but at that really was the buzz around the globe yesterday in large part, because everybody had to replay your clips. That must have been delicious.”

If future Trump interviews on Fox & Friends are anything like his last one, we’re in for a lot of listening to an old man yelling incoherently. But it will be entertaining to watch the hosts squirm in discomfort every time Trump puts his foot in his mouth.