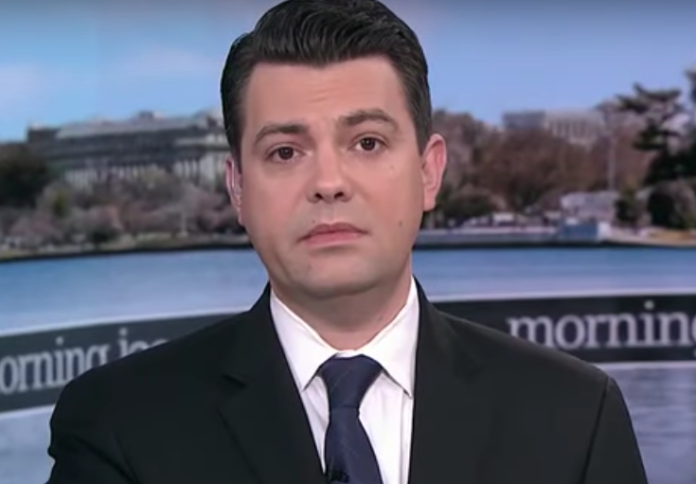 As Republicans continue to stand by and watch as President Donald Trump runs roughshod over the Constitution, conservative MSNBC guest Noah Rothman ripped the GOP for letting Trump do it.

On Friday, Trump declared a national emergency in a blatant scheme to usurp Congress’ power of the purse so he can steal billions of dollars and use the military to build a border wall they did not approve and that most Americans oppose.

Experts have already said that a wall will be ineffective at stopping drugs and illegal immigration and even the White House’s own National Drug Control report shows that a wall is useless.

Congress had only passed a funding bill that included $1.35 billion for 55 additional miles of border fencing, but nothing for the concrete wall Trump has demanded.

So, he declared a national emergency anyway to get what he wants, sparking a constitutional crisis in the process.

When asked by Morning Joe host Joe Scarborough if Republicans are going to step up and check Trump’s power and what the worst-case scenario would be, conservative writer Noah Rothman had no good news.

“The worst-case scenario is now,” he said. “It is incredibly dire. What this president has done has been to invoke the military to affect domestic policy. He is using the statute which is designed to be invoked when Congress cannot be consulted, to express contempt for Congress’s verdict on this matter.”

“He has repeatedly invoked national security provisions which are designed to be used in extraordinary situations, including to levy tariffs on America’s allies and to provide aid for America’s farmers,” he said. “He even investigated ordering the DOE to buy above market prices energy to subsidize coal and nuclear plants. He has used the national security powers of the presidency to reward constituencies. That’s absolutely a precedent that’s going to be invoked later on.”

Indeed, House Speaker Nancy Pelosi (D-Calif.) has previously warned Republicans that a future Democratic president now has precedent to declare a national emergency to deal with real issues such as gun violence and lack of healthcare, which means money can be shifted from the Pentagon to pay for executive actions. And Republicans would be hypocrites to whine about it.

But Rothman pointed out that Republicans won’t stop Trump because they would rather watch him walk all over the Constitution they claim to love instead of angering their base by challenging Trump.

“Republicans want the courts to stop this because they don’t want to have to check this presidency,” he said. “The Madisonian scheme here is falling apart. Nobody actually wants to be stewards of their constitutional prerogatives, they want somebody else to take the blame. That’s incredibly disturbing!”