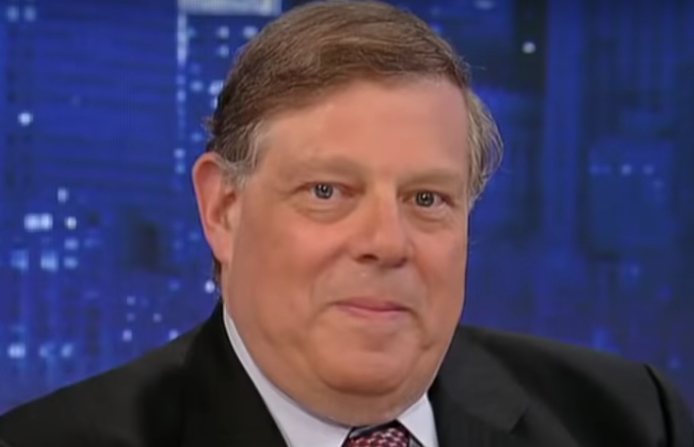 Mark Penn is one of President Donald Trump’s most vocal Democratic defenders, and now we know why.

Ever since Special Counsel Robert Mueller began his work on the Russia investigation, Penn has criticized it despite the many indictments, plea deals and prison sentences that have come as a result of it.

In his frequent columns, Penn often attacked Mueller and defends Trump, so much that Trump has even praised Penn on Twitter as part of his effort to undermine the probe.

Mark Penn “Why are there people from the Clinton Foundation on the Mueller Staff? Why is there an Independent Counsel? To go after people and their families for unrelated offenses…Constitution was set up to prevent this…Stormtrooper tactics almost.” A disgrace!

Of course, the Constitution does not let the president be above the law, and special counsels are perfectly legal which is why several have been appointed, including during the Watergate and Whitewater scandals. And just because Mueller has not released any evidence or charges regarding collusion or obstruction of justice, it doesn’t mean he hasn’t found any. It takes time to unravel criminal activities, witch can take years as Penn well knows because he spent years helping former Special Counsel Ken Starr investigate Bill Clinton 20 years ago.

So, why is Penn so eager to defend Trump? Well, The Daily Beast might have found the answer as it turns out Penn had financial and business ties to Trump going back over the course of 30 years.

Trump employed polling firm Penn & Schoen back in 1988 to help him find data to support his effort to build a skyscraper that New Yorkers opposed. The polling didn’t go Trump’s way, but he stuck with the firm when he sought polling related to his consideration of a presidential campaign that same year.

The firm also worked for Trump on an advertising campaign for his failed “Trump Shuttle” airline project in the early 1990s. The firm would go on to tout their work for Trump for several years until it closed its doors.

Could Penn have some kind of twisted loyalty to Trump after all these years that blinds him to the facts?

When reached for comment, Penn characterized his ties to Trump as “minor,” claimed he never met him, and said his non-relationship to Trump has nothing to do with his criticism of the probe.

“Thirty years ago, [my partner] Doug Schoen brought in Trump and the Trump organization as a minor client to a firm neither of us has been associated with for nearly a decade,” Penn wrote in an email. “I never met his then client, Donald Trump, and, as I recall, Schoen had trouble collecting payment for his work, and had to settle largely for shuttle tickets that then became worthless,” Penn said. “Resurfacing this old news is a off-base attempt to find some irrelevant link from 30 years ago to work I didn’t do for a firm I’m no longer with, and that is not in any way related to my positions against independent counsels or as a moderate Democrat that have been consistent for over 40 years. If you have to go back some 30 years to try to find some link, that’s because there is none. I have no relationship with Donald Trump nor the Trump Organization.”

Yeah, that sounds like a lie. Trump was a major player on the real estate scene in the late-1980s and his consideration for a presidential run makes it really hard to believe that Penn would not have at least met with him.

Regardless of whether he met him or not, his firm’s work for Trump is absolutely something he should disclose, but as The Daily Beast notes, Penn has failed to do so in his columns for The Hill and his appearances on Fox News.

But neither that column nor any other he’s written has revealed Penn’s past business ties to Trump. Nor has that biographical detail been mentioned in the frequent TV appearances he’s made on Fox News, in which he often attacks the president’s critics.

“In Washington D.C. when people do strange things like this as creatures of the swamp they’re doing it for a reason,” he said.

It certainly looks like Penn is hiding a conflict of interest, and now that’s he’s been busted he wants us all to believe that he’s never met Trump and that his ties to him are irrelevant. How convenient.