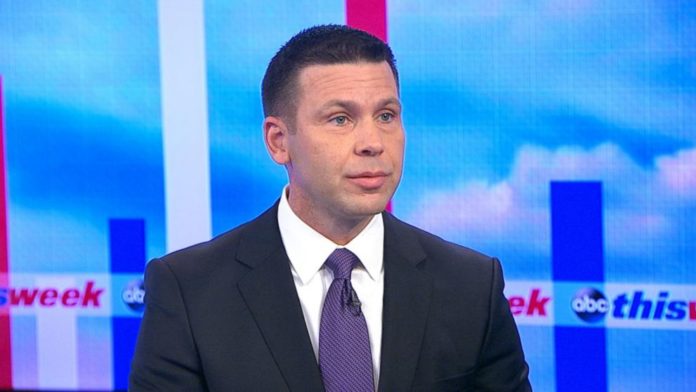 Acting Homeland Security chief Kevin McAleenan was confronted with facts on Sunday when he attempted to deny reports that migrant children are being treated abysmally at detention centers on the U.S.-Mexico border.

McAleenan was a guest on ABC’s “This Week,” and he was asked by host Martha Raddatz why he had slammed a report from The New York Times that immigrant children are being treated abysmally. Specifically, Raddatz inquired:

“Why did you call those allegations unsubstantiated?”

“You don’t believe the New York Times? The stench of the children was so strong it spread to the agent. They had scabies, chicken pox.”

“You just referenced three things that were unsubstantiated. Inadequate food, inadequate water and unclean cells. None of those have been substantiated.”

That led the DHS chief to pretend he had no knowledge of such things:

Rather than respond to the question, McAleenan began making excuses:

“This is an extraordinary, challenging situation. We had an overflow situation with hundreds of children crossing every day.

“I’m not denying there are challenging situations at the border. I’m the one who has been talking about it the most.”

If that’s the case, McAleenan must have been whispering under his breath, because no one has seen or heard from him on the matter until Sunday.

Here’s the thing: Because this president, his deputies, and the entire administration lie about anything and everything, almost no one believes a word they say. They have zero credibility on any issue, and even when asked direct questions they try to dodge responding. It’s all part of their larger effort to gaslight the American public.

“There’s adequate food and water… because I know what our standards are, and I know they’re being followed.” https://t.co/MwHqYt39jQ pic.twitter.com/tgK6zY4ZRQ